Iwao Takamoto was a Japanese American animator, television producer, and film director. He began his career as a production and character designer for Walt Disney Productions films such as Sleeping Beauty, Lady and the Tramp and Cinderella. Later he moved to Hanna-Barbera Productions where he designed a great majority of the characters, including Scooby-Doo and Astro and eventually became a director and producer.

Is Iwao your relative? Please don't go away!

ask our community of genealogists a question.
Sponsored Search by Ancestry.com
DNA
No known carriers of Iwao's ancestors' DNA have taken a DNA test. 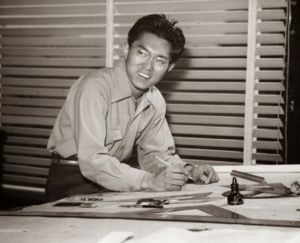