William Henry Fox Talbot (1800-1877) was the only child of William Davenport Talbot, an officer of dragoons, and Lady Elisabeth Theresa Fox-Strangways

1831 - Henry was elected a Fellow of the Royal Society for his mathematical work, with papers being published on astronomy. Henry married Constance Mundy from Markeaton in Derbyshire on October 20, 1833. He was elected and served as a Member of Parliament for Chippenham until 1835.

1833 - In Italy Henry had an idea that would change his life forever; the following year with the assistance of his friend John Herschel he was carrying out experiments with photography; his chemistry and light background were important factors. They created terms still used today and produced a picture in August 1835. He continued working with the development of photography & reproducing the picture multiply times from a single negative, but did not release his discoveries concentrating more on mathematics, receiving the Royal Medal in 1838 from the Royal Society.

Having not released his discoveries or any papers on photography he gave consideration to producing such a paper in 1838 when he returned to his work with photography, submitting a paper in January 1839 to the Royal Institution in London after reading an announcement by Arago and Daguerre claiming they had obtained permanent images from a camera obscura. The society did not publish the paper and in 1841 when Henry made further advances in reproducing images he patented this under the name calotype.

1842 - Awarded the Rumford medal from the Royal Society for his photographic work. He become ill towards the end of the 1840’s he took up his research again in the early 1850’s taking out further patents with his printing processes. Even though he did not achieve commercial success he was taking the right track towards the modern printing methods from a photographic plate.

1863 - Awarded an honorary degree from the Edinburgh University, having lived part of his later life in Scotland. Towards the last decade of his life he involved himself in archaeology, as was attribute to being one of the first to translate the cuneiform writing from Nineveh Schaaf.

With Henry’s work being vast & varied it covered many fields, seven books and nearly sixty scientific and mathematical articles of his were published and it is Henry that is referred to in the following:- Talbot’s Curve (Mathematics), Talbot’s Law & The Talbot (Physics) and a crater on the moon is named after him (astronomy).

Is William Henry Fox your ancestor? Please don't go away!

ask our community of genealogists a question.
Sponsored Search by Ancestry.com
DNA
No known carriers of William Henry Fox's DNA have taken a DNA test. 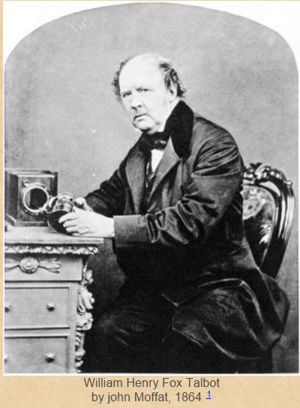 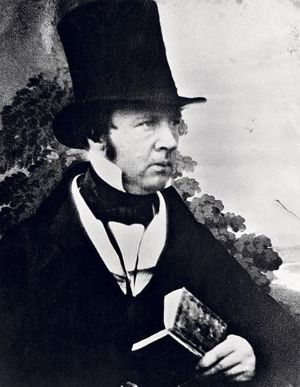