Wife of Townsend Netcher — married May 1929 in California, United States

Constance Talmadge was an American Movie star, the sister of actresses Norma and Natalie Talmadge.

She was born 19 April 1898 in Brooklyn, New York, the daughter of Frederick Talmadge and Peg Brown. Her family was poor, and the sisters got their start in show business after Norma started modeling for title slides in the "flickers." [1]

She started acting in 1914 in a Vitagraph comedy short, In Bridal Attire. Her first major role was as the Mountain Girl in D. W. Griffith's Intolerance in 1916.[2]

Constance, along with her sister, Norma, became big stars in the Roaring 20s during the heyday of the silent era. After the talkies came, the sisters retired from acting and lived quite comfortably on real estate investments.

She was married four times.

She married John Pialoglou, a Greek tobacco importer, 26 December 1920 at a double wedding with Dorothy Gish and James Rennie in Greenwich, Connecticut. She met her husband "in New York at a social function and they had been friends for a year or more. He was a wonderful dancer and a charming fellow. He was born in Constantinople of Greek parents, and has been in American about six years."[3] They were divorced two years later.

Her second husband was Alastair McIntosh, whom she married in 27 February 1926 in San Francisco, California. "The Examiner says today (26 Feb 1926) that Constance Talmadge, the film star, and Oliver McIntosh of London are to be married tomorrow at Burlingame, a suburb of San Francisco."[4] They divorced in 1927.

Her fourth husband was Walter Michael Giblin, whom she married 28 October 1939 in New York City. "The marriage Saturday of former Movie Actress Constance Talmadge to Walter Giblin, New York broker, was revealed yesterday. Miss Talmadge previously was married to John Pialoglou, Capt. Alastair William MacIntosh and Townsend Nether, Chicago merchant."[7] They were married until his death on 1 May 1964.

None of her marriages produced any children.

Along with her sister Norma, Mary Pickford, and Douglas Fairbanks, Talmadge inaugurated the tradition of placing her footprints in concrete outside Grauman's Chinese Theater. She left a trail of five footprints in her slab. Her star on the Hollywood Walk of Fame is at 6300 Hollywood Blvd.[9]

Is Constance your ancestor? Please don't go away!

ask our community of genealogists a question.
Sponsored Search by Ancestry.com
DNA
No known carriers of Constance's ancestors' DNA have taken a DNA test. 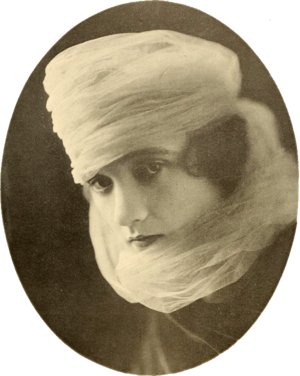 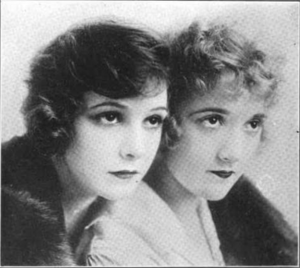 Constance is 20 degrees from Jaki Erdoes, 11 degrees from Wallis Windsor and 17 degrees from Henry VIII of England on our single family tree. Login to find your connection.