Zachary Taylor (24 November 1784 – 09 July 1850) was the 12th President of the United States (1849–1850) and an American military leader. Initially uninterested in politics, Taylor ran as a Whig in the 1848 presidential election, defeating Lewis Cass. He was a planter and slaveholder based in Baton Rouge, Louisiana.

Taylor was born on a plantation in Orange County, Virginia, to a prominent family of planters of English ancestry. He was the third of five surviving sons in his family (a sixth died in infancy), and had three younger sisters. His mother was Sarah Dabney (Strother) Taylor. His father, Richard Taylor, had served as a lieutenant colonel in the American Revolution. Taylor was a descendant of Elder William Brewster, the Pilgrim colonist leader of the Plymouth Colony, a Mayflower immigrant, and one of the signers of the Mayflower Compact[1]; and Isaac Allerton Jr., a colonial merchant and colonel who was the son of Mayflower Pilgrim Isaac Allerton and Fear Brewster. Taylor's second cousin through that line was James Madison [2], the fourth president.

Leaving exhausted lands, his family joined the westward migration out of Virginia and settled near what developed as Louisville, Kentucky on the Ohio River. Taylor grew up in a small woodland cabin before his family moved to a brick house with increased prosperity. The rapid growth of Louisville was a boon for Taylor's father, who would come to own 10,000 acres (40 km2) throughout Kentucky by the turn of the century; he held 26 slaves to cultivate the most developed portion of his holdings. There were no formal schools on the Kentucky frontier, and Taylor had a sporadic formal education. A schoolmaster recalled Taylor as a quick learner. His early letters show a weak grasp of spelling and grammar, and his handwriting would later be described as "that of a near illiterate".

Two years after being commissioned as a lieutenant in the United States Army, in May 1810 Taylor married Margaret Mackall Smith in Louisville. He purchased his first land that year in Jefferson County, Kentucky. He and Margaret had a total of six children (see below).

Margaret and their children sometimes accompanied Taylor to assignments at forts under his command. At other times, they lived on the plantation in Louisville. In the 1820s, following his purchases of land in Louisiana, the family moved to establish a new home in Baton Rouge. Through the years, Taylor speculated in land and bought many slaves to develop his properties; the Deep South was becoming the cotton kingdom.

Known as "Old Rough and Ready," Taylor had a 40-year military career in the United States Army, serving in the War of 1812, the Black Hawk War, and the Second Seminole War. He achieved fame leading American troops to victory in the Battle of Palo Alto and the Battle of Monterrey during the Mexican–American War.


Memories: 1
Enter a personal reminiscence or story.
Robert Evans
WAS LISTED AS THE ONLY SUCCESSFUL SLAVE OWNER OF ALL THE PRESDIENTS. HE NEVER HAD A RUN AWAY, NOR SOLD SLAVES. HE EDUCATED AND CARED FOR THEM ALL. AT THE END OF EACH SEASON HE PAID THEM A BONUS. NEVER HELD OFFICE PRIOR TO BEING ELECTED TO COMMANDER AND CHIEF, THE PRESIDENT OF THE UNITED STATES. "Old Rough and Ready," Taylor had a forty-year military career in the United States Army, serving in the War of 1812, the Black Hawk War, and the Second Seminole War. He achieved fame leading American troops to victory in the Battle of Palo Alto and the Battle of Monterrey during the Mexican–American War. As president, Taylor angered many Southerners by taking a moderate stance on the issue of slavery. He urged settlers in New Mexico and California to bypass the territorial stage and draft constitutions for statehood, setting the stage for the Compromise of 1850. DURING HIS LIFETIME THERE WERE RUMORS OF A CIVIL WAR APPROACHING. Persons "taken in rebellion against the Union, he would hang ... with less reluctance than he had hanged deserters and spies in Mexico." He never wavered. Henry Clay then proposed a complex Compromise of 1850. Taylor died as it was being debated. (The Clay version failed but another version did pass under the new president, Millard Fillmore.) HE AND FILLMORE WERE AT ODDS DURING THE DEBATES. HE WAS AGAINST ANY COMPROMISES AND FILLMORE WAS FOR ONE. AS HISTORY HAS PROVEN THE COMPROMISE NEVER WORKED OUT AND WE WENT TO WAR. JEFFERSON DAVIS WHO HAD MARRIED TAYLOR'S DAUGHTER AND SERVED UNDER HIM WHILE HE WAS A GENERAL ASSUMED THE TASKS OF THE FIRST AND ONLY PRESIDENT OF THE SOUTHERN STATES. AS A FAVORABLE LEADER TO THE NAVAJO AND OTHER TRIBES AS BEING FAIR, HONEST, AND JUST. THE NAVAJO NAMED ONE OF THEIR MOUNTIANS AFTER HIM. ZACHARY TAYLOR WAS THE FIRST TO COIN THE TERM 'FIRST LADY' AT THE FUNERAL OF HIS COUSIN JAMES MADISON'S WIFE, DOLLEY PAYNE TODD MADISON.
posted 26 Nov 2011 by Robert Evans
Login to add a memory.
Sponsored Search by Ancestry.com
DNA Connections
It may be possible to confirm family relationships with Zachary by comparing test results with other carriers of his Y-chromosome or his mother's mitochondrial DNA. However, there are no known yDNA or mtDNA test-takers in his direct paternal or maternal line. It is likely that these autosomal DNA test-takers will share some percentage of DNA with Zachary: 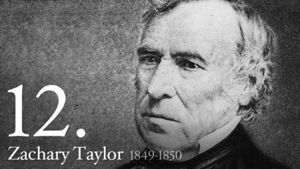 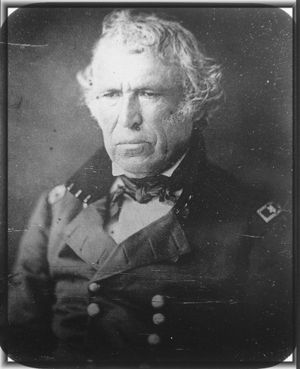 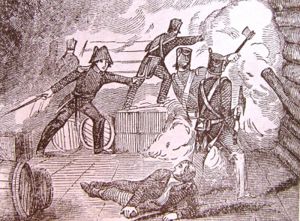 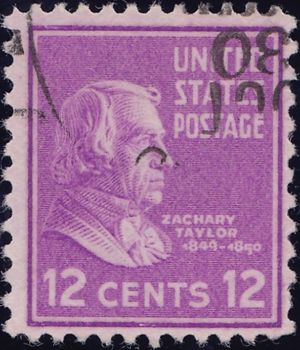 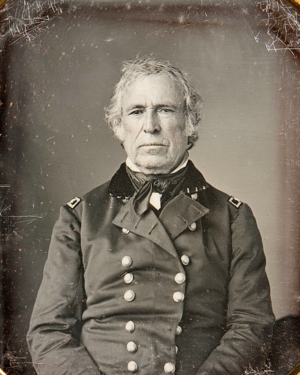 Robin Lee
Taylor-72118 and Taylor-223 appear to represent the same person because: clear duplicate
posted Dec 03, 2020 by Robin Lee
Joshua Wood
My great grandmother use to tell me that we was related to zachary taylor Im do some research and find out how im related to him
posted Oct 30, 2020 by Joshua Wood

Robin Lee
His eldest daughter married into the Wood family....could be your connection....welcome to WikiTree.
posted Oct 30, 2020 by Robin Lee

Carole Taylor
May we add the cemetery

Category: Zachary Taylor National Cemetery, Louisville, Kentucky and that there is no headstone but the family Vault. it is listed as a source