Pierre was born the sixth child and second son of Jacobus and Maritie Teller in Westchester County, New York. Pierre married Margaret Haines and they had eight children. He enlisted in Colonel Drake's company in the 3rd Regiment of the Westchester County, Militia. Pierre was wounded in the war and taken prisoner by the British. He died of his wounds in prison in 1783.

Pierre was born about 1747 to Jacobus Teller and Maritje Vermilyea in Tellers Point, Westchester County, New York.[1] Pierre is named in his father's will which was proved on September 14, 1761 in New York.[2]

Pierre's grandfather William Teller was one of the earliest settlers of an area in Westchester County called Croton Point. The area came to be known as Teller's Point over the years and it was here that Pierre was born and grew to manhood. The Westchester county government provides the following history of the area on their website.[3]

"Cornelius Van Bursum was the first to purchase Croton Point from the Indians in 1682. A few years later William and Sara Teller were given permission to live on the point and operate an Indian trading post. In the 18th century the area came to be known as Teller’s Point. Soon after, Stephanus Van Cortlandt incorporated the property into his Cortlandt Manor. By the end of the 18th century the Tellers, who married into the Van Cortlandt family, were in full possession of Croton Point. The Van Cortlandt Manor House still stands on the Croton River east of Croton Point Park."

Pierre's grandfather William Teller, Jr. was an elder in the Sleepy Hollow Church. He acquired large tracts of land in Westchester County — there is still a Teller Avenue there — one tract now the town of Ossining, a portion projecting into the Hudson River was known as Teller’s Point, separating Tappan and Havershaw bays — two miles in length, and was purchased by him of the Indians (who called it Se-was-gua) for two barrels of rum and twelve blankets. His old stone house was standing in 1866, when, according to “Lossing’s History of the Hudson River,” he visited it. [4]

Abstract of the Will of Pierre's father, Jacobus Teller:[2][5]

"First I give and devise and bequeath unto my eldest son John, my gun or fowling piece which now remaineth with me and five pounds to be paid unto him as soon as he comes of age. Likewise I give and devise and bequeath unto my beloved wife Marietie, the income of my whole estate both real and personal as long as she shall remain my widow with full and absolute power to sell as much as my real estate as actually shall be wanted for the maintenance and bringing up of my younger children, also my Will is and I do hereby give and devise and bequeath whole estate both real and personal for the use and benefit for my said four sons to wit, John, Pierre, Tobias and James, and my said four daughters to wit Rachel, Jozyntie, Margaret and Mary, and the survivors of them, to be divided among them share and share alike.."

Pierre Teller was a Prisoner of War during the American Revolution.

Pierre Teller was Wounded in Action during the American Revolution.

Pierre enlisted as a private in the Westchester County Militia Third Regiment in 1776. The leaders of his regiment were Colonel Pierre Van Cortlandt and Colonel Samuel Drake.[6] He was on the pay rolls for Col. Drake's company from 1776 to 1781.[7]

At the start of the American Revolution, the county of Westchester was the richest and most populous of the rural counties of New York. By war’s end, most of the county, especially a twenty-mile-wide region labeled the neutral ground, would be totally devastated. Farms were abandoned and entire communities became ghost towns. Roads were vacant of traffic. Bridges destroyed and left in ruins. Most of the county’s residents eventually fled the carnage. Those who remained witnessed frequent clash of arms between British and American troops stationed in and around the borders of the county; dragoon horsemen and light infantry who left their posts to forage and gather information on their enemy’s movements. But most horrific to those who tried to continue their lives in the war-torn region were the constant threat of ‘barbarous behavior’ by bands of thugs and highwaymen who claimed loyalty to both England and America. Labeled cowboys and skinners, they professed their actions as sanctioned by passions of patriotism or loyalty to the crown. But in reality, their actions were governed by greed; often they would switch sides in a heartbeat, claiming loot and battling both American and British forces equally. It was a harsh reality that the people of Westchester County found themselves embroiled in and as such, after the guns were finally silenced, left scars that would take decades to heal.[8]

Pierre and Margaret had children baptized at the Dutch church in Cortlandtown between 1774 and 1783. It appears that the family remained in Westchester Country during this period.

In January of 1783, Pierre was wounded and taken prisoner by the British forces. Westchester County During the Revolution includes the details of a final raid by Americans seeking to capture Col. Delancey in Eastchester. Once the party reached the home where Delancey was resting, the enemy was alerted and the Americans were forced to leave without capturing the Colonel. They retreated north and stopped at the farm of Alfred Orser near present day Sing-Sing. They thought they were safe and did not post any sentinels, a neighbor with Tory sympathies alerted the British party who were in pursuit of the Americans. They were surrounded and in the struggle an American was killed, a few wounded and fifteen taken prisoner.[9] It is likely that Pierre was wounded and captured at this time since records show that he died in February of 1783 from his wounds. New York in the Revolution included the following entry regarding Pierre[10]:

Pierrre married Margaret Haines about 1769. This estimate is based on the birth of their twin daughters Miriam and Eunice in August of 1770.[11]

Westchester County, New York, had the misfortune to be situated between the American and British lines for seven years, from 1776 to 1783. During that time detachments from both armies, as well as local militia for both sides and outlaws and plunderers for neither side, ravaged the countryside and the population.[12]

By 1777, after Washington’s main army headed south to counter any move British General William Howe might make towards Philadelphia, Westchester County became a ‘no-man’s-land of hostilities. General Lee and later General Putnam, after Lee’s capture in New Jersey, was left with a division of troops who established a ring of outposts and stations in and around the county. During the remainder of the war, there was no systematic campaign in Westchester county, but continuous fighting.[8]

Pierre and Margaret had children born in Westchester, New York:

After Pierre's death in 1783, Margaret was counted living with her children in Cortlandt, Westchester County, New York for the 1790 U.S. census.[15]

Three sugarhouses along the waterfront area of New York, which were used to store rum, sugar and molasses were converted into prisons for the British. Van Courtland's, Rhinelander's and Liberty Street sugarhouses were commandeered and refitted into prisons. The largest and most infamous of the three was the five-story Liberty Street building.[16] It was in one of these "sugarhouse" prisons that Pierre died in 1783.[10]

His remains were likely interred in the crypt at the Prison Ships Martyr's Monument in Brooklyn, New York.[17][18]

ask our community of genealogists a question.
Sponsored Search by Ancestry.com
DNA Connections
It may be possible to confirm family relationships with Pierre by comparing test results with other carriers of his Y-chromosome or his mother's mitochondrial DNA. However, there are no known yDNA or mtDNA test-takers in his direct paternal or maternal line. It is likely that these autosomal DNA test-takers will share DNA with Pierre: 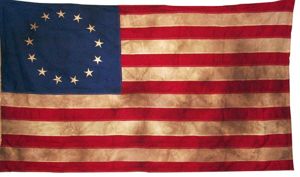 Pierre is 19 degrees from Danielle Liard, 15 degrees from Jack London and 12 degrees from Henry VIII of England on our single family tree. Login to find your connection.