According to the his marriage record, Ciro Terranova is born and baptized on 24 June 1887 in Corleone, the son of Bernardo Terranova and Angelina (Angela) Piazza.[1] A certificate of birth recorded by the city gives his date of birth as 20 July of that year.[2] Ciro's godparents are Calogero lo Jacono and Leoluchina di Miceli, a married couple. A margin note on his baptism records Ciro’s marriage in New York on 25 April 1909 to Teresa Catania.[3]

His brothers Vincenzo, and Nicolo', parents, and four sisters all immigrate to New York to meet his older half-brother, Giuseppe Morello, in 1893.

Bernardo Terranova, age 40, his wife Angela Piazza, 44, and children Lucia, 16, Salvatrice, 12, Vincenzo, 7, Ciro, 6, and Nicolo', 3, immigrate together on the SS Alsatia from Naples, arriving in New York 8 March 1893. Bernardo is listed as a laborer, and literate: his wife and children are not. Unlike almost everyone else they travel with, who have one or two pieces of luggage with them, the Terranovas have sixteen bags with them. Bernardo has six, Angela has four, Lucia, two, and each of the younger children has a piece of luggage.[4]

From Wikipedia: "Ciro earned his nickname, "the Artichoke King", by purchasing artichokes at $6.00 a crate from California, then selling them in New York at a 30-40% profit. Ciro's violent reputation preceded him, frightening vegetable sellers into buying them."[5]

In the 1910 federal census of Manhattan, taken 30 April, there is a household headed by “Agnes Walter” at 2037 2nd Ave. Her family, listed with her, are given two different addresses: while Agnes and Harry appear at the first address, young Eugene Orlando is at 220 East 105th St., and Ciro Terranova and his family are at 216 East 105th St. Agnes is not old enough to be the mother of the adults in her household.

In June 1920, Ignazio Lupo’s sentence is conditionally commuted by Pres. Harding June 1920 and he goes to live with his wife Salvatrice and the Terranovas at 338 E 116th St. Ignazio and Salvatrice live there until 1927, when they move to Brooklyn, into an "elaborate" house they build on a lot given them by Ciro and Tessie Terranova in May 1926.

Ciro is described and his photo appears on this application. He is 33, stands 5’6”, has a straight forehead, brown eyes, medium nose and mouth, round chin, black and gray hair, medium complexion, and round face.

On the SS Colombo, sailing from Naples on 24 January 1922, arriving in the port of New York on 9 February:

At the same address:

By December 1929, Ciro and his family -- six Terranovas plus two children of his brother who was killed by racketeers and his 80-year-old grandmother -- live in a $52,000 Spanish type home at 989 Peace Street in "fashionable" Pelham Manor, New York.[13] Ciro paid cash for the home, a very rare occurrence. Neighbors suspected shady dealings in the Terranova home -- Ciro allegedly would stay up late at night after his children and grandmother went to bed and "fast moving cars would come up to the Terranova home. Men with caps drawn low over their brows would enter the house and before long, would leave again. Guards lurked around the place...it was noticeable the Terranova limousine never came from Harlem Market by the same route on two successive days."[14] Ciro denied all of this and maintained that he was "just a young fellow from Sicily making his way in the world."

On February 18, 1938, Ciro Terranova suffers a stroke. He dies two days later at Columbia Hospital, age 49. "Ciro was the only one of the four Terranova brothers to die in bed."[19] His residence at the time of his death is listed as 338 East 116th Street in Manhattan. He is buried at Calvary Cemetery.[20][21]

Teresa dies in March 1978, the month before her 78th birthday.[22] She is buried with her husband and in laws in Calvary Cemetery in Woodside, Queens.[23]

Is Ciro your ancestor? Please don't go away!

ask our community of genealogists a question.
Sponsored Search by Ancestry.com
DNA Connections
It may be possible to confirm family relationships with Ciro by comparing test results with other carriers of his Y-chromosome or his mother's mitochondrial DNA. However, there are no known yDNA or mtDNA test-takers in his direct paternal or maternal line. It is likely that these autosomal DNA test-takers will share DNA with Ciro: 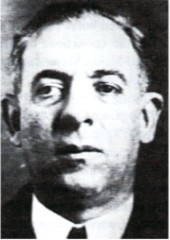 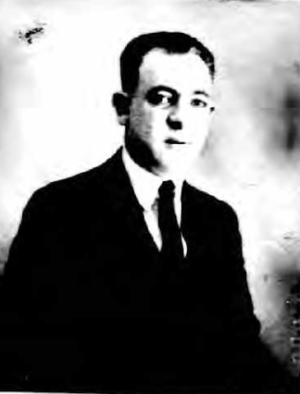 Ciro is 25 degrees from Cecil B. DeMille, 31 degrees from Rosalie Neve and 26 degrees from Henry VIII of England on our single family tree. Login to find your connection.