John Thaw was born in England.

John Edward Thaw, a British actor, was born on 3 January 1942[1] at Longsight, Manchester, England, the son of John Edward Thaw, a long-distance lorry driver, and Dorothy Ablott.[2] A few years after the birth of his brother, Ray, Dorothy abandoned the family, leaving the two boys to be raised by their father.

Thaw acted at the Royal Shakespeare Company and at the Royal National Theatre, in addition to many stage, movie and television roles, notably including Kavanagh QC as the title character James Kavanagh, and The Sweeney, as Detective Inspector Jack Regan. Thaw also made numerous guest appearances in such shows as Z Cars, the Edgar Wallace Mystery Theatre, ITV Saturday Night Theatre, the Adventures of Black Beauty, The Onedin Line, and many more. Thaw's long-time, accomplished stage career spanned from 1958—in such plays as Cymbeline, As You Like It, The Cherry Orchard, The Taming of the Shrew, A Winter's Tale, Twelfth Night, and MacBeth—right up until 2001 as Captain Hook in Peter Pan.
Thaw was twice nominated as Best Actor for Inspector Morse (British Academy Award), once for Best Actor in a Supporting Role for Cry Freedom (British Academy Award), and twice for a National Television Award; and won twice the Best Actor for Morse (British Academy Award), three times the Most Popular Actor for Morse (National Television Award), a Best Foreign TV Personality – Male (Aftonbladet TV Prize, Sweden), among others.
In the United States, Thaw is best known for playing Inspector Morse the television series from 1987–93, with specials from 1995–98 and 2000.[2]

In March 1993 he was appointed a Commander of the Most Excellent Order of the British Empire (CBE) by Queen Elizabeth II.

John Edward Thaw died of esophageal cancer on the 21st February 2002 at Luckington, Wiltshire, England, just one month eighteen days after his 60th birthday.[3]
Thaw's ashes were scattered in the garden of his home in Wiltshire.[4]

You can read his biography and acting credits at Wikipedia. 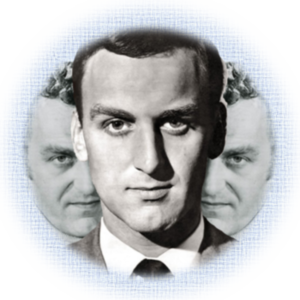