He was born in Virginia, 1 of a total of 9 children.
He graduated from West Point USMA in 1852. A career military officer, he served in the Mexican American War and in the Indian Wars where he was wounded on August 26, 1860, in Texas, while in the 2nd, later redesignated the 5th, US Cavalry Regiment.
He was also a teacher at West Point from 1851 to 1854 under future General Robert E. Lee. Despite being a southerner, he served in the Union Army during the Civil War, and was eventually promoted to Major General and commanded the Army of the Cumberland.
He never lost a battle during his service to the Union. His loyalty to the Union caused his family to ostracize him and this rift did not heal in his lifetime. He is most famous for his defense at the Battle of Chickamauga, the rest of the Union Army retreated while he held off the entire Confederate Army.
He became known as the "Rock of Chickamauga" due to his actions there. He would rise to command the Army of the Cumberland later in the war, and he commanded it during the Battle of Nashville in 1864, and he routed the Confederate Army of Tennesse. He was probably the most underrated and unknown General in the Union Army.
He died in San Francisco, California and was buried in Oakwood Cemetery, Troy, Rensselaer County, New York.[1]

Thomas County, Kansas and Thomas County, Nebraska are both named in his honor. There is also a statue of him in Washington, D.C., in a place called Thomas Circle. 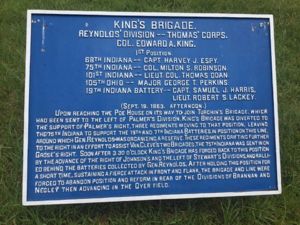 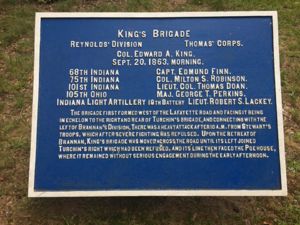 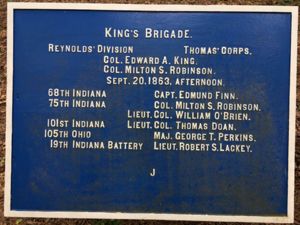 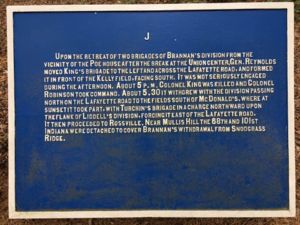 West side of the George Henry Thomas statue 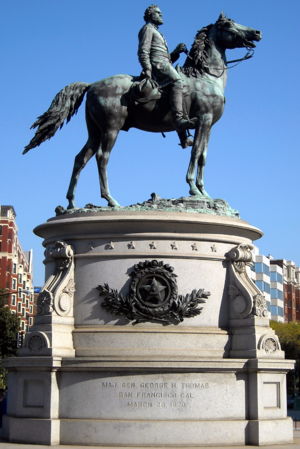