ask our community of genealogists a question.
Sponsored Search by Ancestry.com
DNA Connections
It may be possible to confirm family relationships with Walter by comparing test results with other carriers of his Y-chromosome or his mother's mitochondrial DNA. However, there are no known yDNA or mtDNA test-takers in his direct paternal or maternal line. It is likely that these autosomal DNA test-takers will share some percentage of DNA with Walter: 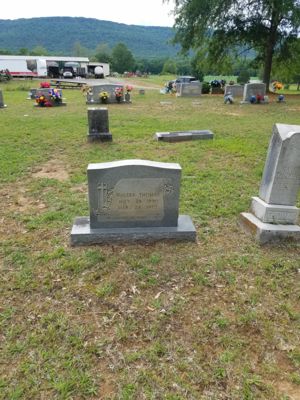 Paula J
Thomas-27130 and Thomas-31 appear to represent the same person because: These are the same person, Rodney. Just click approve and wait. This is what you asked me to help you with.
posted Jun 26, 2017 by Paula J

Rodney Thomas
Thomas-27130 and Thomas-31 are not ready to be merged because: I proposed a merge with no answer.This is my Grandfather.
posted Jun 26, 2017 by Rodney Thomas

Vincent Piazza
there are 4 more children from Walter and Myrtle on the 1930 census that have not been entered on the Wikitree
posted Sep 07, 2015 by Vincent Piazza