"When he joined the cast of Law & Order (1990) in the fall of 2002, Thompson (District Attorney Arthur Branch) became the first serving U.S. Senator to take a regular TV acting job. His term did not end until January 2003."[3]

Is Fred your relative? Please don't go away!

ask our community of genealogists a question.
Sponsored Search by Ancestry.com
DNA
No known carriers of Fred's DNA have taken a DNA test. 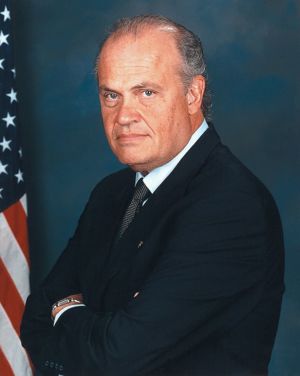