Hunter S. Thompson was an American journalist and author. Early in his career he was published in Rolling Stone magazine, covering the 1968 election. He went on to write several best selling books. He was known for his new writing style called, “gonzo journalism” which influenced authors and journalists worldwide, as well as other media. Also known for his groundbreaking political writing and coverage of the tumultuous 1960s and beyond, Thompson wrote about drinking and drugs as an escape from his disillusionment with politics and culture.

Fear and Loathing in Las Vegas is a major film in which Johnny Depp portrays Thompson.

Hunter was married twice. His first wife was Sandra Dawn Conklin, whom he married in 1963.[4] They were the parents of three children, only one of whom, a son, lived to adulthood. Hunter and Sandra divorced in 1980.[5] Hunter was married a second time a few years before his death. Hunter's son, Juan, wrote a biography of his father, Stories I Tell Myself: Growing Up with Hunter S. Thompson, published 5 January 2016.[6] Juan talks about his father, his mother, his relationship with his father, and his father's suicide in an interesting video, which can be found here. [7]

"In accordance with his wishes, his ashes were fired out of a cannon in a ceremony funded by his friend Depp and attended by friends including then-Senator John Kerry and Jack Nicholson." [8]

Is Hunter your relative? Please don't go away!

ask our community of genealogists a question.
Sponsored Search by Ancestry.com
DNA
No known carriers of Hunter's ancestors' DNA have taken a DNA test. 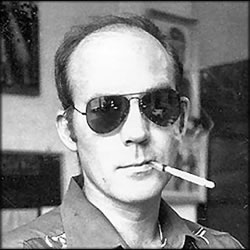 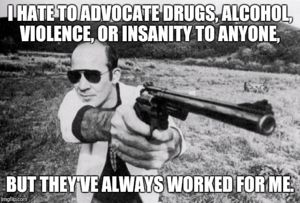 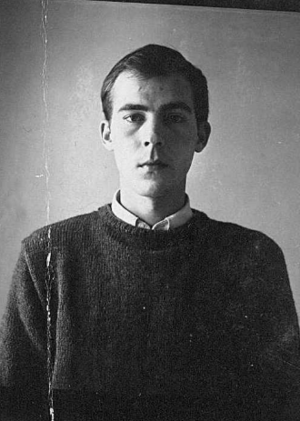