Graeme Thomas Roe Thompson [1]was born at 12, Plymouth Road in Penarth to Tom Roe and Dorothea (née Handcock) Thompson on 31st August 1909. To friends and family, he was always known as 'Gay'.

He was educated at St Andrews, East Grinstead under the Rev R.A. Bull, and at Repton School (September 1923 to March 1927) under its headmaster Geoffrey Francis Fisher, later to be Archbishop of Canterbury.

While at Repton, he obtained:

School Certificate A (Oxford and Cambridge Schools Examination Board) in December 1926 passing with credit in the subjects of Scripture Knowledge, English, History, Latin, Greek, French and Elementary Mathematics[2].
Certificate "A." in the Junior Division of the Officers Training Corps, qualifying in the Infantry syllabus of examination in November 1926, obtaining 409 marks[3].

After he left Repton, he spent time (May - August 1927) being educated by Mr. C. Lermit, Le Colombier, St Jean de Braye, France and at a crammer run by Mr Tinniswood, Holmdale, Camberley, Surrey (24 August to November 1927). His time with Mr Lermit in France almost certainly enabled him to develop a good knowledge of French.

He entered the Royal Military College of Sandhurst on 2nd February 1928, 5 Coy and passed out the following year, joining the Royal Tank Corps, 1st Battalion as 2nd Lieutenant. While at Sandhurst, with his parents away in the South of France, his uncle by marriage, John Halsall was named as his guardian.

He was appointed on 29th August 1929 with the Rank of Second Lieutenant in the Royal Tank Corps.

He left the army at the age of 22 on marrying Dora Bridget Gladstone. They lived in Menton in the south of France near his parents from 1931 to 1938 during which time he gathered a good working knowledge of the French language while working there as an Estate Agent. He claimed on Army Form B199A to speak and write French fluently after 8 years residence in France. His knowledge of France: in Franco-Italian Frontier Region, Alpes Maritimes, Basses Alpes, Var, Vaucluse, Isere, Haute Savoie, B. du Rh, having motored and camped in all parts of France except the Pyrenees and Rhine Departments.

While in France, he was Directeur d'Agence Immobiliere S.A.R.L. "British Agency, Menton" and frequently acted in Consular capacity at Menton, Alpes Maritimes.

They left the South of France in the shadow of the start of the War.

He joined the Home Guard for a brief period between May and November 1940 and received a certificate to record this: -

"In the years when our Country was in mortal danger Graeme Thomas Roe Thompson who served from 30th May 1940 to 22nd November 1940 gave generously of his time and powers to make himself ready for her defence by force of arms and with his life if need be, signed George R.I."

This was probably the one time in his life when he really found himself having to apply his mind to something really important.

He went on to spend time with Civil Affairs in North Africa and Italy, embarking for North Africa from Liverpool on 11th September 1943. He appears still to have been part of the Intelligence Corps at that time, to the end of his commission.

He returned to the UK in April 1944 and relinquished his commission on 3rd October 1944 on account of ill health, being granted the title of Hon. Major.

I am directed to inform you that, as the Medical Board by which you were examined on the 2nd August, 1944, pronounced you as permanently unfit for any form of military service, it is regretted that there will be no alternative but for you to relinquish your commission on account of ill-health with effect from 3rd October 1944, the day following the date on which you exhaust your entitlement to sick leave on full pay. The requisite notification will appear in the London Gazette (Supplement) on or about 3rd October 1944 when you will be granted the honorary rank of Major under the terms of Army Order No. 209 of 1942, but you will not be permitted to wear uniform.

After the War, he studied and was examined by The Auctioneers' and Estate Agents' Institute of the United Kingdom, obtaining an Honours Certificate having sat the Direct Final Examination of the Institute, held in March 1946. Having obtained not less than 70% of the marks, he was awarded a First Class Honours Certificate, date 10th day of May 1946[6].

He took up small hold farming until he retired with his family to Axmouth, near Seaton, East Devon in 1952.

His ashes are interred at Axmouth Churchyard, Devon, together with those of his wife, Dora Bridget Gladstone and eldest son, Brian Gladstone Roe Thompson and his daughter Susan Grievson.

SCHOOL FOR MEN WHO WILL ADMINISTER A.M.G.

Facilities have been given me to investigate a phase of the British Army's activities which has only lately been thrown into relief by events.

The Allied Military Government of Occupied Territories will form a most important branch of the Army's activities when it lands on the Continent, whether in conquest or in liberation. Its quality and character will have far-reaching, long-term results. These must be resolutely and concretely planned.

I found the planners at work in what had once been a girls' school somewhere in Britain. It is now Civil Affairs Staff Training Centre.

It turns out officers qualified by their natural abilities, their civilian experience and their intensive training to cope with the innumerable problems of civilian life which will arise immediately the main problem —the presence of the Nazis—has been liquidated by our Fighting Forces.

The trainees' average age is 45 to 46. They have been carefully chosen not only from the Armed Forces, but from the Police, Civil Defence, National Fire Service, Local Government and Colonial Service.

All are qualified as specialists in some phase of key civilian activity. Nearly. all are at least bilingual.

The Commandant, an ex-business man with wide Continental experience, outlined some of their tasks as follows :

They set foot in Europe with the advance-guard of the Army. They must be ready to bring order out of disorganisation and chaos.

The homeless, the lost and the sick, must be tended. Among them will probably be traitors and spies, deliberately left behind.

Men of must be rallied to re-create the shattered community life which the Germans will have left us.

Food and fuel will be wanted. The sanitary services, the hospitals, the water supplies, the factories and the fields must be set to work again without delay.

Posts, newspapers, must be re-established. Temporary buildings will be needed.

Civil defence and fire-fighting organisations will be essential if the Luftwaffe can spare a single bomber to hamper our communications.

The trainees are given two guiding principles :

1.—These officers are part of the Army, and their duties are definitely military, Their sole object is to further the object of the C.-in-C., which is to drive back, engage and destroy the enemy.
2.—The Army's Civil Administration is non-political, like the Army itself.

Part of the course consists of an exercise " in which the trainees In groups of five are given an imaginary situation to tackle, on the assumption that a landing is being made in, a particular territory. Mistakes are discussed at special sessions at the end of the day's work.

This school of Civil Administration is working in close harmony with the Allies. There are lecturers and students from the United States and our European Allies.


Memories: 1
Enter a personal reminiscence or story.
Michael Thompson
Whereas he was born in Penarth, South Wales, he spent much of his young life at Birchwood, Malvern, Worcester where his father owned a large estate.

The Lodge at Birchwood was where Sir Edward Elgar composed his work "Dream of Gerontius", but this was before the Thompsons owned the property. Graeme Thomas Roe Thompson, known as "Gay" to his friends, and "The Major" to others, was educated at Repton School in Derbyshire, and went to Sandhurst after leaving school. From Sandhurst, he went into the "Greys", I think, a cavalary regiment as a subleton until he came out of the army on marriage to Dora Bridget Gladstone. The couple joined his parents in the south of France (Menton) where they lived until about 1938. GTRT as a young man worked as an Estate Agent and spoke fluent French. With the outbreak of War in 1939, he joined up but was transferred to the Belgian Section of the Special Operations Executive in Baker Street, London, working with Major Claude Knight (my late Godfather) and ultimately Hardy Amies. He left SOE in the War and saw service in North Africa and Italy. After the War, he lived the life of a Gentleman, running a smallholding initially at Fordingbridge, Hampshire, moving to Seavington in Somerset and eventually in 1952 to Axmouth in Devon, where he died prematurely of a heart attack in 1968 at the age of 59. Written by Michael Thompson, son

posted 19 Mar 2012 by Michael Thompson   [thank Michael]
Login to add a memory.
Is Graeme your relative? Please don't go away!

ask our community of genealogists a question.
Sponsored Search by Ancestry.com
DNA
No known carriers of Graeme's DNA have taken a DNA test. 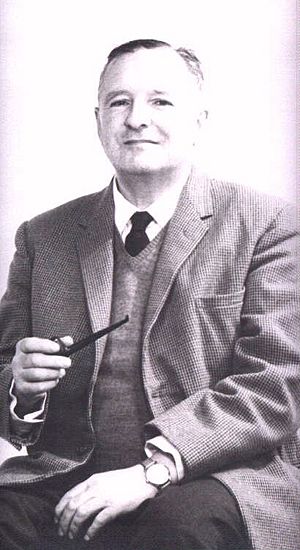 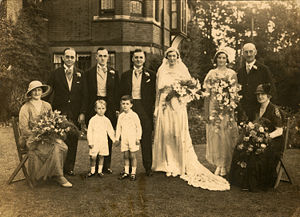 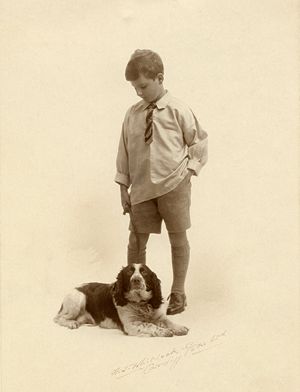 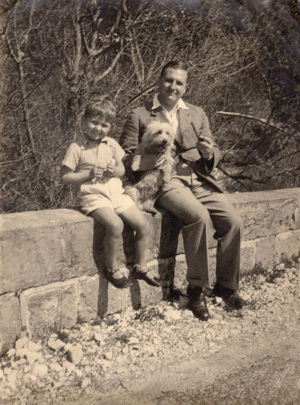 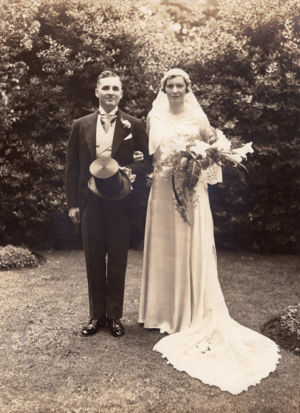