Henry David Thoreau b. July 12, 1817, Concord, Middlesex Co., Mass.; writer, naturalist, philosopher, pencil maker, surveyor, Transcendentalist, inspector of snow storms. Most famous work "Walden". He was "clearly familiar with the wakeful state" and was included with other American literary figures in a chapter on 'Natural Wakefulness: Awakened Artists'[1]. However, Bucke[2]could not find conclusive evidence that Henry had attained Cosmic Consciousness, although there were many features that pointed to it. Neither author mentioned his deep interest in Indian (Hindu) spirituality and the practice of Yoga (ref.Wikipedia). In a letter written in 1849 to a friend about Yoga he stated "To some extent, and at rare intervals, even I am a yogi" (Miller, Barbara, 1986). This suggests he had not attained Cosmic Consciousness at that time.

He died May 6, 1862, Concord, Middlesex Co., Mass.; bu. New Burying Ground, Concord, in the Dunbar family plot; moved with other family members to Author’s Ridge in Sleepy Hollow Cemetery, Concord (essentially, up the street) in the 1870s.

Is Henry David your ancestor? Please don't go away!

ask our community of genealogists a question.
Sponsored Search by Ancestry.com
DNA
No known carriers of Henry David's ancestors' DNA have taken a DNA test. 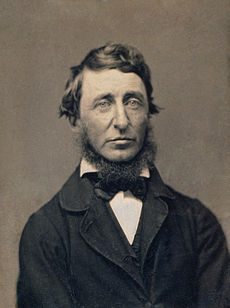 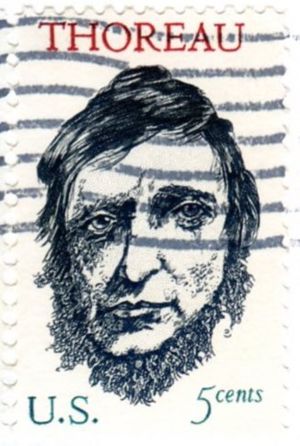 I think wikitree should show his dates

Henry David is 21 degrees from Mary McCauley, 22 degrees from B. W. J. Molier and 15 degrees from Henry VIII of England on our single family tree. Login to find your connection.