Jim Thorpe was possibly the greatest athlete of the 20th century. He won gold medals in the 1912 Olympics in the decathalon and pentathalon and played professional football and baseball.

Jim Thorpe was a part of Oklahoma.

In 1950, he was named "the greatest American football player" and as the most outstanding athlete of the first half of the 20th Century. In 1996-2001, he was awarded ABC's Wide World of Sports Athlete of the Century.

Jim Thorpe was a Native American and member of the Sac and Fox Nation tribe.

Jim Thorpe was born in Indian Territory, but no birth certificate has been found. His official website uses the date of May 28, 1887, which is the date according to his estate. [1] Jim had a twin brother, Charles, who died at the age of nine. [1] Thorpe's parents were both of mixed-race ancestry. His father, Hiram Thorpe, had an Irish father and a Sac and Fox Indian mother. His mother, Charlotte Vieux, had a French father and a Potawatomi mother, a descendant of Chief Louis Vieux. He was raised as a Sac and Fox, and his native name, Wa-Tho-Huk, translated as "path lit by great flash of lightning" or, more simply, "Bright Path."

He was baptized "Jacobus Franciscus Thorpe" in the Catholic Church.

Thorpe married three times and had eight children (one of whom died in childhood).

In 2015, Thorpe's living children appealed to the US Supreme Court to allow reburial of their father's remains on Indian Land in Oklahoma, [4] but the appeal was denied in October 2015.[5]

Jim Thorpe attended Carlisle Indian Industrial School in Carlisle, Pennsylvania, a school established by a US government authority in an effort "to immerse its students into mainstream Euro-American culture."[6][7] While attending the school, Jim began to play football and participated in track and field, eventually being named to the All-American team. He was coached by another notable sports figure, Glenn "Pop" Warner.

Jim sailed with the US Olympic Team to Stockholm, Sweden to compete in the 1912 Olympic Games. He competed in the pentathalon and the decathalon, winning gold medals in each. He also competed in high jump and long jump. [8] He returned to the United States victorious, and was cheered on by thousands in a ticker-tape parade down Broadway in New York City. [9]

After the Olympic victories, he returned to Carlisle Indian Industrial School to play football and lead his team to a winning season. During post-season play, word got out that Thorpe played semi-professional baseball for two seasons. The International Olympic Committee eventually stripped the Olympic medals and titles from Jim Thorpe. The medals were reinstated in 1982, but he was, instead, listed as a co-champion. Efforts are underway to declare Thorpe the lone winner of the 2 events in the 1912 Olympic Games.[9]

After he retired from sports, he took jobs in Hollywood, acting in small parts or working as an extra. He also took jobs, "as a construction worker, a doorman (bouncer), a security guard, and a ditchdigger, and briefly joined the United States Merchant Marine in 1945."[9]

Is Jim your ancestor? Please don't go away! 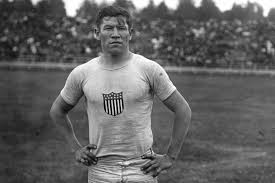 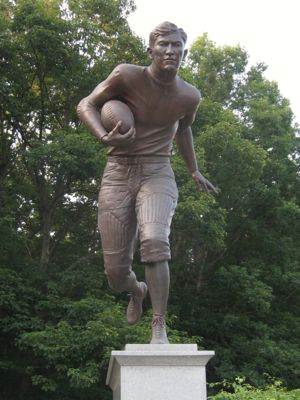 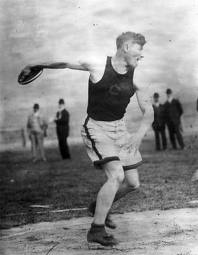 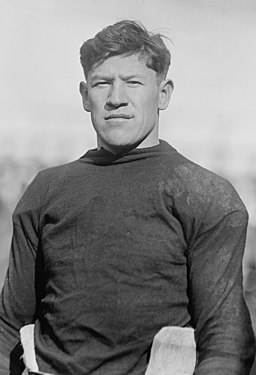 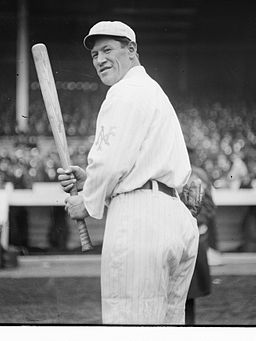