Was born in Cheltenham, Gloucs, in 1859. He went to sea in 1871, in the training ship “Warsprite,” and, after page 775 serving three months, joined the Navy, in which he remained for several years. Arriving in Nelson in the ship “Chili,” in 1874, as an ordinary seaman, he obtained employment in the coastal and intercolonial trade, first as ordinary seaman, then as mate, and finally as master of the schooner “Sisters.” After that he had charge of the steamer “Elsie” trading between Nelson and Rewaka for three and a half years. In 1889, he entered the employ of the Anchor Company, as second mate of the s.s. “Waverley,” and eighteen months later was made first mate, which position he filled for three years. In 1894, Captain Tinney was appointed to his present command. Is buried at Patea Cemetry , Taranaki NZ 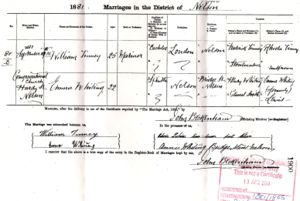 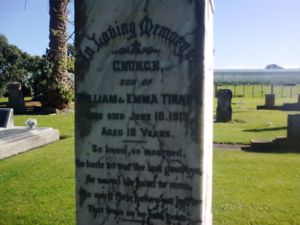 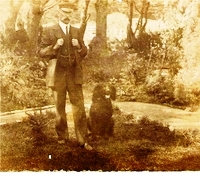