Presidential Step-son. Born in Philadelphia, Pennsylvania, the eldest son of John Todd, Jr. and his wife, Dolley Payne, who is better known to history as Dolley Madison. Shortly after the birth of his younger brother William Temple in 1793, a yellow fever epidemic ravaged the city, afflicting the entire Todd family. Both John Todd, Jr. and William died, while Dolley and John Payne survived. In September 1794, Dolley married James Madison, who adopted her son. He attended Bishop John Carroll's Catholic boarding school in Baltimore and in 1812 was graduated from St. Mary's College shortly after his marriage to Lucy Payne. The couple had two daughters. From April 1813 to September 1815 he accompanied the official delegation from the United States sent to meet with the British in Ghent, Belgium. He toured European courts, collecting art which was utilized in the décor of the family seat at Montpelier. He was recalled to the United States in disgrace having accumulated almost $7000 in debt. He earned a reputation as a spendthrift, a rake, a gambler, and a fop and apparently expected his mother to cover his debts. When President Madison's second term ended in 1817, he and Dolley moved back to Montpelier in quiet retirement while John Payne was sent to debtor's prison at least twice. His debts continued to mount and deplete the family's resources. James Madison died in 1836 and John Payne's unaltered spending habits soon reduced his mother to near poverty. She sold both President Madison's Papers and Montpelier to pay creditors. John Payne threatened to sue the congressional trustees of the Madison papers in order to secure the valuable records for himself for resale. Dolley wrote him a bitter, disappointed letter to which she received no reply before her death in 1849. He survived his mother by little more than two years. 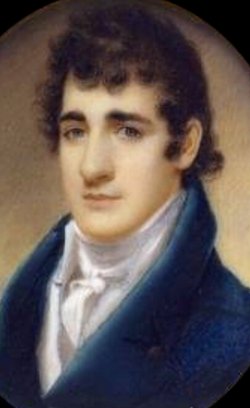