J. R. R. Tolkien CBE FRSL is genealogies verbind aan Suid Afrika /is genealogically connected to South Africa
John Ronald Reuel Tolkien[1] was born 3 January 1892, in Bloemfontein, Orange Free State, South Africa, to Arthur Reuel Tolkien and Mabel Suffield. [2][3] A poet, writer and professor, he is most famous for his creation of Middle Earth with the books The Lord of the Rings, The Silmarillion (published posthumously) and The Hobbit.[2] Tolkien has often been referred to as the "father" of modern fantasy literature. [2]

J.R.R.had one sibling, a younger brother,Hilary Arthur Reuel Tolkien. [2] He was home-schooled by his mother. Most interested in Language and Writing, he read at the age of 4. Before his fifth birthday, he wrote in different languages. [2]

Tolkien grew up in the Edgbaston area of Birmingham, and went to King Edward's School in Birmingham. In 1911 he attended Exeter College, Oxford. [2]

J. R. R. Tolkien CBE FRSL is a Military Veteran.
Served in the British Army
as a Battalion Signals Officer with the Lancashire Fusiliers at Picardy during World War I

His service in WWI became the inspiration for his books.[4]

At 21, Tolkien finally married Edith Mary Bratt.[5]Initially, his guardian barred him from seeing her -- due to her religion -- until he reached the said age. Tolkien complied with his guardian's wish, but went on to have four children with Edith. He loved his children, and their names and personalities became characters in his books.[2]

In a 1941 letter to his son Michael, Tolkien recalled:

I had to choose between disobeying and grieving (or deceiving) a guardian who had been a father to me, more than most fathers ... and "dropping" the love-affair until I was 21. I don't regret my decision, though it was very hard on my lover. But it was not my fault. She was completely free and under no vow to me, and I should have had no just complaint (except according to the unreal romantic code) if she had got married to someone else. For very nearly three years I did not see or write to my lover. It was extremely hard, especially at first. The effects were not wholly good: I fell back into folly and slackness and misspent a good deal of my first year at college.[2]

When Tolkien was not writing, he was a reader and professor for many different colleges. Never thinking his books would be popular, he wrote as a hobby. Then he showed a former English student, the Hobbit, who convinced Tolkien to publish. [2]

Obviously, Tolkien and his books became famous. But despite his renown, the most important thing in his life were his wife and kids.

At one time, Tolkien was close friends with author C.S. Lewis.[2]

J. R. R. Tolkien CBE FRSL was awarded the Commander of the Order of the British Empire.

My grandmother died two years before my grandfather and he came back to live in Oxford. Merton College gave him rooms just off the High Street. I went there frequently and he'd take me to lunch in the Eastgate Hotel. Those lunches were rather wonderful for a 12-year-old boy spending time with his grandfather, but sometimes he seemed sad. There was one visit when he told me how much he missed my grandmother. It must have been very strange for him being alone after they had been married for more than 50 years. [2] 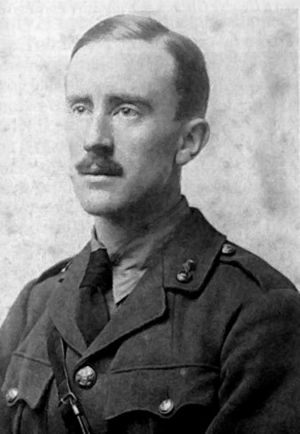 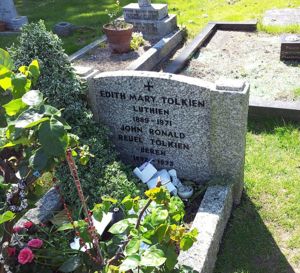 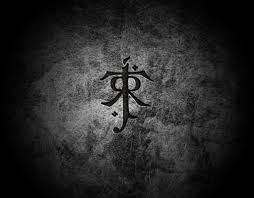 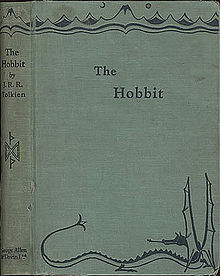 Would you be so kind as to add the project as manager to comply with the new rule regarding project boxes. Adding the e mail address for your convenience [email address removed] Do ask if you have any questions :-)) Many thanks in advance.

posted Nov 29, 2017 by Ronel (van Heerden) Olivier
Matthew Fletcher
C'mon Middle-Earth geeks you should be all over this. It wasn't Tolkien's (long-dead!) father who forbade him from seeing Edith, it was Father Francis Xavier Morgan.
posted Jun 13, 2017 by Matthew Fletcher
K (Goodrich) G
My ancestry says, J. R. R. Tolkien is your first cousin 8 times removed's husband's son's wife's 6th cousin's wife's first cousin once removed. My 6th cousin is Capt. Henry Harrison my great grandmother's brother and son of my great great grandfather Hon. Benjamin Harrison IV of the Landing who signed the Declaration of Independence.
posted May 31, 2017 by K (Goodrich) G