NOTE: (Last name: Some records show last name of Deborah and her father as Trimmer, some as Kerr-Trimmer, so I am changing the name at birth to Trimmer, and putting Kerr-Trimmer into the "other last names" category.)

Known professionally as Deborah Kerr, she was a Scottish-born film, theatre and television actress. During her career, she won a Golden Globe Award for her performance as Anna Leonowens in the musical film The King and I (1956) and a Sarah Siddons Award for her performance as Laura Reynolds in the play Tea and Sympathy (a role she originated on Broadway). She was also a three-time winner of the New York Film Critics Circle Award for Best Actress.

Kerr was nominated six times for the Academy Award for Best Actress, more than any other actress without ever winning. In 1994, however, having already received honorary awards from the Cannes Film Festival and BAFTA, she received an Academy Honorary Award with a citation recognising her as "an artist of impeccable grace and beauty, a dedicated actress whose motion picture career has always stood for perfection, discipline and elegance".

As well as The King and I (1956), her films include An Affair to Remember, From Here to Eternity with Burt Lancaster, Quo Vadis, The Innocents, Black Narcissus, Heaven Knows, Mr. Allison, King Solomon's Mines, The Life and Death of Colonel Blimp, The Sundowners, and Separate Tables.

Deborah Jane Kerr-Trimmer was born in Glasgow, the only daughter of Kathleen Rose (née Smale) and Capt. Arthur Charles Kerr-Trimmer, a World War I veteran who lost a leg at the Battle of the Somme and later became a naval architect and civil engineer; She spent the first three years of her life in the nearby town of Helensburgh, where her parents lived with Deborah's grandparents in a house on West King Street. Kerr had a younger brother, Edmund ("Teddy"), who became a journalist. He was killed in a road rage incident in 2004.

Kerr was educated at the independent Northumberland House School, Henleaze in Bristol, and at Rossholme School, Weston-super-Mare. Kerr originally trained as a ballet dancer, first appearing on stage at Sadler's Wells in 1938. After changing careers, she soon found success as an actress. Her first acting teacher was her aunt, Phyllis Smale, who ran the Hicks-Smale Drama School in Bristol.

She adopted the name Deborah Kerr on becoming a film actress ("Kerr" was a family name going back to the maternal grandmother of her grandfather Arthur Kerr-Trimmer).

Kerr's first marriage was to Squadron Leader Anthony Bartley RAF on 29 November 1945. They had two daughters, Melanie Jane (born 27 December 1947) and Francesca Ann (born 20 December 1951 and subsequently married to the actor John Shrapnel). The marriage was troubled, owing to Bartley's jealousy of his wife's fame and financial success, and because her career often took her away from home. They divorced in 1959.

Her second marriage was to author Peter Viertel on 23 July 1960. In marrying Viertel, she became stepmother to Viertel's daughter, Christine Viertel. Although she long resided in Klosters, Switzerland and Marbella, Spain, she moved back to Britain to be closer to her own children as her health began to deteriorate. Her husband, however, continued to live in Marbella.

Kerr died aged 86 on 16 October 2007 at Botesdale, a village in county of Suffolk, England, from the effects of Parkinson's disease. Less than three weeks later on 4 November, her husband Peter Viertel died of cancer. At the time of Viertel's death, director Michael Scheingraber was filming the documentary Peter Viertel: Between the Lines, which would include reminiscences concerning Kerr and the Academy Awards. Kerr's body was buried in the graveyard of St. Mary's Church, Redgrave.

Is Deborah Kerr your relative? Please don't go away!

ask our community of genealogists a question.
Sponsored Search by Ancestry.com
DNA
No known carriers of Deborah Kerr's ancestors' DNA have taken a DNA test. 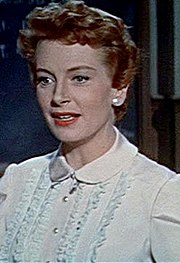 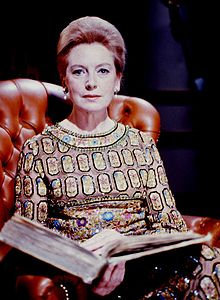 Scott Fulkerson
Hey Summer - can you update the LNAB on her profile? She was born Deborah Jane Trimmer and was not known as Deborah Kerr until she began acting.

Summer Seely
Some sources say Trimmer, some say Kerr-Trimmer. I will do further research. Thank you very much for bringing this to my attention.
posted on Kerr-Trimmer-1 (merged) Feb 17, 2021 by Summer Seely