Isaac Tripp
Born about 1704 in Of North Kingston,Washington, Rhode Island

Isaac was a Friend (Quaker)

Isaac Tripp came from Warwick, Rhode Island among the early emigrants to the Wyoming Valley, Pennsylvania. His birth date is uncertain but we can approximate the time, as he was an old man when killed by the Indians in 1778. Hence he could have been born any time from 1700 to 1710. He was a Quaker in religion. He resided for a time in Pomfret, CT, as shown be deeds recorded in Warwick, RI.

As early as 1768 he and Ezra Dean were appointed a committee to admit the first two hundred settlers under the Connecticut title to lands in Wyoming Valley. After the ineffectual attempt to make a permanent settlement in 1763, Isaac Tripp, with the first forty settlers arrived in the Valley February 8th, 1769.

During the Pennamite Wars Isaac Tripp was a prominent man of the colony. In 1777 he represented Westmoreland in the Connecticut Assembly. The original Isaac Tripp homestead is still existent in Scranton, PA.

Isaac Tripp Sr., was killed by Indians after the Wyoming massacre, December 16th, 1778, while assisting his son-in-law, Jonathan Slocum, to feed stock from a stack in the field on the Slocum farm which is now the city of Wilkes-Barre. Slocum was also killed and a son William wounded.

His granddaughter, Francis Slocum, was captured by the Indians, and began her long captivity and life as the wife of an Indian chief; and when she was discovered by her brothers in 1837, she refused to leave her home with her children, near Peru, Indiana, and return to civilization.

The family record of Isaac trip is uncertain, many of the vital records of Rhode Island having been destroyed by fire. According to family traditions

He married second a Spencer, and had two children:

Note: Isaac was a Quaker. He did not believe in fighting. The Indians knew him and respected him. On occasion they would place paint marks on him so that other Indians would not bother him. In 1778 the British, numbering about 500 men in the area, made a deal with the Indians to pay ten dollars for each scalp that they delivered to British headquarters. On the evening of July 3, 1778 the Indians attacked the colony with over one thousand braves. The savagery was unbelievable! Fifteen eye witness accounts are forever emblazened into the records of the Continental Congress. Congress had a guilty conscience! The pioneers of the Wyoming Valley had asked for and received permission to receive help in organizing armed defense of their little valley. More than a hundred of the most able bodied men were organized and trained by experienced army personnel to defend the area. Sometime before the massacre, this battalion, was called up to help George Washington and his beleaguerd soldiers in one of the Revolutionary battles. On this fateful night, the little colony was totaly unprepared for what was to happen. Overwhelmed by one thousand Indians, every male between the ages of 14 and up, were hacked up and scalped. All able bodied men were in the battalion with George Washington. Only the very young and the older men were left to defend against the onslaught. Two hundred and twenty six men and boys were slaughtered that terrible night. The Indians were dutifully paid by the British, twenty two hundred and sixty dollars for the 226 scalps. During this massacre, numerous women and children ran out into the surrounding forest and walked,--walked all the way back to Connecticut and Rhode Island. Although many returned later, their lives were forever changed. Grandpa Isaac and his son-in-law Jonathan Slocum survived this attack, mostly because they both were Quakers and were friendly with the Indians. As near as can be determined, some of the people survived in the forts built there. One of the forts was called Forty Fort, which is remembered to this day by a town of that name. Later, on December 16,1778, Grandpa Isaac, Jonathan Slocum, and one of his sons, William, were out away from the fort, feeding hay to their cattle. Evidently several of the Indians had waited in ambush, expecting such an opportunity. With no warning and before the three could get away, the Indians attacked. Grandpa Isaac was dead! Jonathan was dead! Jonathan's son ran as hard as he could and escaped, but not before he received a gunshot wound to his foot. It's the end of an era! Grandpa lay dead at 78 years! Downed by nine spears, yes, nine spears! The British paid twenty dollars for his scalp, twice the going rate!! To his friends!!

See Toponyms and Trivia of Northeastern Pennsylvania by Tom Klopfer, 1998 for an in depth sketch of Isaac TRIPP, the Quaker.

He was killed with seven arrows from Native Americans who were in cahoots with the British.

ask our community of genealogists a question.
Sponsored Search by Ancestry.com
DNA Connections
It may be possible to confirm family relationships with Isaac by comparing test results with other carriers of his Y-chromosome or his mother's mitochondrial DNA. Y-chromosome DNA test-takers in his direct paternal line on WikiTree: It is likely that these autosomal DNA test-takers will share some percentage (beta) of DNA with Isaac: 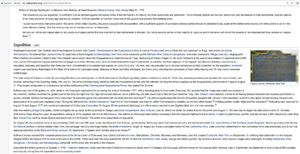 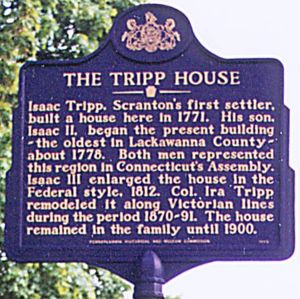 The Tripp House is the oldest in Scranton, Lackawanna County, Pennsylvania, USA 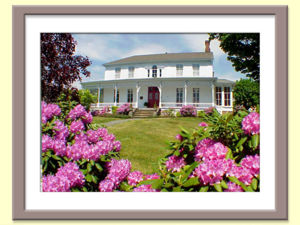 Leave a message for others who see this profile.
There are no comments yet.
Login to post a comment.
E. Logan
I am now convinced that the DAR record is incorrect in claiming Sarah Dow's birth is 1720 - her son Henry Dow Tripp was b. 1728. I will print all of my documents tonight and examine them once I get the time.
posted Dec 05, 2020 by E. Logan
E. Logan
Hi Daivd, the evidence suggests that Isaac's mother is unknown, and that Elizabeth was Job's second marriage of which only Abiel and Deborah Tripp were produced. This is reported by Bock, as well as the fact that Elizabeth wasn't even married to Job until 1714, well after Isaac's birth.
posted Dec 04, 2020 by E. Logan
edited Dec 06, 2020 by E. Logan
E. Logan
Some of this information is already in the text, but it's worth adding a second source (though given the propagation of secondary sources it's hard to tell how valuable it is)

Another source worth giving a shake is "Descendants of Peleg Tripp, son of John Tripp". Gives his death date in 1778 (killed by Indians) and all 3 marriages.

"Isaac Tripp (1700-78) was a member of the Legislature of Connecticut. He was born in Rhode Island; died in Wilkes-Barre, PA".