This profile won Profile of the Week the Third week of May 2014. 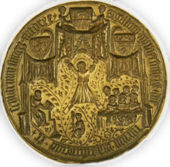 Thomas was born in 1700 in Dunbarney, near Perth, Scotland, to the Rev. John Tullideph and Katrine Rankin, and baptised on 15th December 1700. [1] Born into a family of Presbyterian ministers, his father was minister of Dunbarney, and his grandfather William had been a Covenanter, imprisoned for his beliefs as well as losing his post as minister at one time, before becoming Principal of St. Leonards College at St. Andrews.

Thomas was only in his mid-teens when his father died but he and his brothers were well served by their patrons, witnesses at their baptisms and responsible as godparents for the welfare of the boys. The witnesses at Thomas's baptism were Lawrence Craigie of Kilgrastoun, Lawrence Olyphant of Pitkeathlie, John Craigie of Dunbarnie Elder, Blair, Doctor of Physick in Perth, Patrick Rosse of Ennerkeathie, Mr. Thomas Black, Minister of the Gospel at Perth, Mr. John Craigie, Brother German to the Laird of Kilgrastoun, and Mr John Martin &c. These "witnesses" ensured that the boys got a good education to give them a start in life.

After graduating from Edinburgh University Thomas worked as a merchant in Edinburgh for a year or two. Articles in which he traded included feathers from the Orkneys, beeswax and juniper berries, as well as the sale of wool. He also acted on behalf of his siblings in the purchase of goods. There is a suspicion at St. Andrews University that he served as an officer in the Swedish army for a short while after this, although no evidence has yet been found. Then Thomas took orders, being ordained on 2nd November 1727 and was appointed minister at Dron, near Perth. 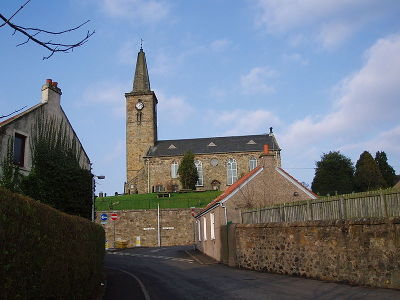 In 1731 he moved to Markinch in Fife, the parish having been vacant for ten years. From there he was appointed as Principal of St. Mary's College in St. Andrews from 1734 to 1739. 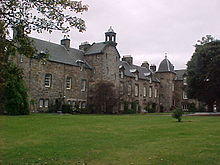 In 1739 he became Principal of St. Leonard's College, a move which marked a change in the fortunes of St. Andrews. 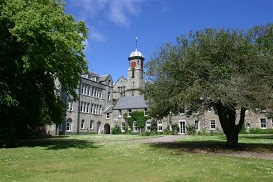 17th October 1734 he was appointed to St. Mary's College St. Andrews as Professor of Divinity

The colleges were suffering financially, with St. Salvators being bankrupt, and Thomas was instrumental in the amalgamation of the colleges into one university, the oldest in Scotland, dating from 1413. He was made Principal of the United Colleges of St. Andrews on June 12th 1747.

Previous to Thomas's appointment teaching appointments were made on a basis of family rather than merit. Upon his appointment politicians became involved with the governance of the University, and they along with Thomas wanted to appoint good scholars to raise the standard of the teaching, rather than allow the rise of nepotism, which was the style previously. The University improved greatly during Thomas's leadership, but at great personal cost to himself. "Tyrant, proud, selfish, usurping and tyrannical, very far from being a popular Principal" are some of the things said about him, while at the same time having a number of pupils who were "warmly attached to him". Thomas must have been a man of principle but without notable man management skills.

The battle to prevent automatic father-to-son succession continued to trouble the University throughout the next twenty years or more. However, Thomas's legacy was a good one. According to Roger Emerson in "Academic Patronage in the Scottish Enlightenment" "by the time Tullideph died in 1777 St. Andrews seemed transformed. The changes which had come to the University were evident in the new philosophy, which came late to St. Andrews but did come." The emphasis changed, the teaching of philosophy and rhetoric had a more literary tinge and it was more moderate. New and up-to-date astronomical and medical equipment had been purchased and the University was moving forward.

But for the last few years Thomas had been ailing, and quite frail. At the age of seventy-seven, and after thirty years as Principal, Thomas died on November 14th, 1777. He had married at the age of twenty-two, had eight daughters and two sons, been merchant, soldier, minister, scholar and teacher. And he bequeathed to Scotland an ancient University with a proud history.

Transcript of a letter in the National Archives

(there is no indication as to whom "Your Grace" refers to, but possibly to the Royal Chaplain of Scotland as it relates to the appointment of a clergyman, or to the Moderator of the Church of Scotland, both of them posts which Thomas later held. Note Thomas' comment on the Jacobite Rebellion of 1745 - "the wicked and unnatural Rebellion" which hindered him in his ambition to unite the colleges.)

May it please your Grace

The Principals and Professors of St. Salvator's and St. Leonard's Colleges in this University considering that in each of these Colleges there are Professors for teaching the same liberal Arts and Sciences, all of whom have very mean and incompetent Salaries, and that the Fabrick of one of these Colleges is in so ruinous a condition that it cannot be repaired and supported without an expense far exceeding what the Funds of that College can afford, did some time ago propose the uniting of these Colleges under one common management, and to reduce the Masters therein to half the number that are now in them, when the offices of the other half should become vacant, and for that end then formed some Proposals to be laid before his Majesty and the Parliament for their Sanction; which, thro' several obstacles, and of late thro' the publick disorders occasioned by the wicked and unnatural Rebellion in this Country, they have not hitherto been able to do.

They have again resumed the consideration of this matter, and have it now in such forwardness as to hope that they shall be able to make this application to the present Sessions of Parliament. In the mean time, Mr William Young Provost of St Salvator's College having died yesterday, and the remaining Masters of the two Colleges having been informed that Some were applying for his office, met together to deliberate what was proper for them to do on this occasion, when they unanimously agreed to desire me in their name to represent to your Grace that his Majesty's presenting a Successor to him would greatly distress the project of uniting them into one Body; Seeing it is a necessary article thereof, that the said Colleges from and after the time of their being united Shall be under one Head only, and to intreat Your Grace's interest for keeping that office vacant untill they shall make their intended application to the current Sessions of Parliament, which by their appointment I beg leave humbly to do.

They likewise directed me to represent this matter to Sir Everard Fawkener that he may lay it before his Royal Highness the Duke of Cumberland, Chancellor of this University, which I have done. I am

May it please Your Grace
Your Grace's most obedient and most humble Servant
Thomas Tullideph Principal of St. Leonards Colledge
St. Andrews Nov 25th 1746

A visit to the Archives at St. Andrews University enabled me to read some of Thomas's writings, including his commonplace book, which at one end is a record of transactions made by him as a merchant in Edinburgh as a young man having just left university. That period only lasted a year or two, and then the book starts at the other end when Thomas became Principal of St. Leonards College. There are essays on religion as well as strategies for dealing with students and the regime they should follow.

According to a conversation with the Archivist the University has a great interest in Thomas as he saved the university of St. Andrews from financial ruin. When he became Principal of St. Leonards in 1739 the colleges were autonomous and most of them were suffering financially. St. Salvators was bankrupt. The first thing that Thomas did was to bring them all together as one university with a collegiate system, thus becoming viable, and the oldest university in Scotland, dating from 1413. He remained Principal of the United Colleges of St. Andrews from 12th June 1747 until his death 14th November 1777.

Thomas Tullideph subscribed to The History of Scotland, "containing all the historical transactions of that nation, from the year of the world 3619 to the year of Christ 1726, 1727, SCOTT, David. Westminster - Subject: history" 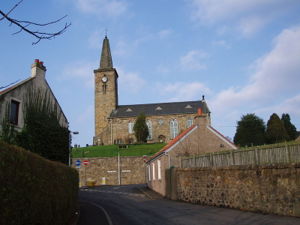 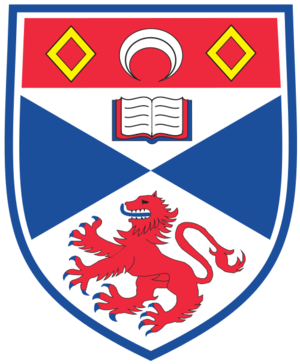 Letter from Thomas Tullideph planning the merge of the colleges at St. Andrews

Leave a message for others who see this profile.
There are no comments yet.
Login to post a comment.
Jack Blair
Hi Christine,

I am an elder in Dunbarney Kirk Session and lay out our Newsletter. Over the last couple of years I have been contributing a history in parts. The latest in the Spring Edition was Part 13 covering John Tullideph and baptism of his son Thomas. Will send a private e-mail with copy. The church building which was new when John was called was replaced after less than 100 years so no photo of it.

Terry Wright
Congratulations Christine I am so happy this profile won Profile of the Week :)
posted May 15, 2014 by Terry Wright

Terry Wright
This is a lovely profile Christine good luck for this week
posted May 12, 2014 by Terry Wright

Thomas is 21 degrees from Alicia Taylor, 13 degrees from Henry VIII of England and 30 degrees from Rembrandt van Rijn on our single family tree. Login to find your connection.