Alan Turing was a founder of computer science, mathematician and a cryptographer who designed a machine to help break the German Enigma encrypted messages in World War 2. Winston Churchill said that Turing made the single biggest contribution to Allied victory in the war against Nazi Germany.

Turing was educated at Sherborne College and Cambridge University, and received a PhD from Princeton.

Max Von Neumann acknowledged that the central concept of the modern computer was due to Turing's paper in 1936, and Turing machines are to this day a central object of study in theory of computation.

During the Second World War, Turing was a leading participant in the breaking of German ciphers at Bletchley Park. Turing had specified an electromechanical machine called a bombe that could help break Enigma more effectively than the Polish bomba kryptologiczna, from which its name was derived. The bombe, with an enhancement suggested by mathematician Gordon Welchman, became one of the primary tools, and the major automated one, used to attack Enigma-enciphered messages. 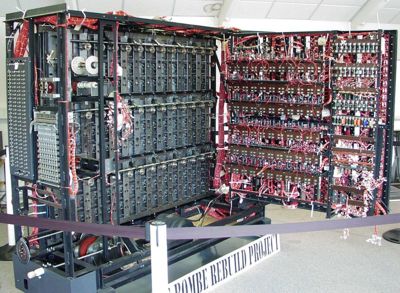 In 1945, Turing was awarded the OBE by King George VI for his wartime services, but his work remained secret for many years.

From 1945 to 1947, Turing worked on the design of the ACE (Automatic Computing Engine) at the National Physical Laboratory. He presented a paper on 19 February 1946, which was the first detailed design of a stored-program computer.

In 1950 while at Manchester University, Turing addressed the problem of artificial intelligence, and proposed an experiment which became known as the Turing test, an attempt to define a standard for a machine to be called "intelligent". The idea was that a computer could be said to "think" if a human interrogator could not tell it apart, through conversation, from a human being.

Shortly before his death, due to cyanide poisoning, he had created a computer chess program, and tried to implement it on a Ferranti Mark 1, but lacking enough power, the computer was unable to execute the program.

Research on WikiTree has revealed the following family links:

Is Alan your ancestor? Please don't go away!

ask our community of genealogists a question.
Sponsored Search by Ancestry.com
DNA
No known carriers of Alan's ancestors' DNA have taken a DNA test. 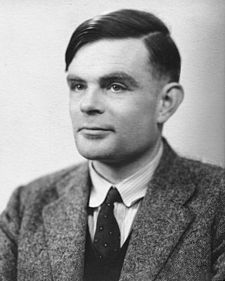 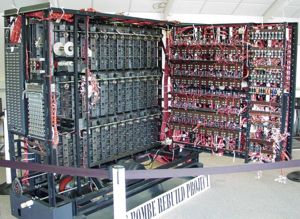 Cliff Truesdale
It has been announced that Alan is going to be the new face on the £50 note from the 23rd June 2021.
posted Mar 25, 2021 by Cliff Truesdale
Jeremy Stroud
Outrage! How could his persecution as a homosexual during the 1950's be omitted as if it didn't happen? It had such a major impact on his life; he suffered so much at the hands of the ignorant, including forced castration to avoid prison. Please add something that more fully reflects the true life of this extraordinary and brave man until his untimely death in 1954.
posted Mar 06, 2021 by Jeremy Stroud

I agree, Alan’s profile requires the addition of more information regarding his persecution as a gay man and later pardon, and his status as LGBTQ icon. As the profile is editable, perhaps you and me can collaborate and add the appropriate info to the profile? (Which is otherwise very well written and accurate.)

It’s my intention to introduce more of a visible lgbtq presence on wikitree, probably by categories and/or the use of stickers (a Pride flag maybe?) I’m still thinking about ways to achieve this at present.

posted Mar 11, 2021 by Paul (Burlinson) Burlinson-Ely
Jeremy Stroud
I was shocked by how a well written profiole can omit so much of someone life like that - although I dont know if Alan would have seen himself as LGBT+. I doubt it somehow. The shock is also that one could even have considered chemical castration as a form of treatment or cure for society back then - as if him breeding was a problem - I could almost puke at the thought - I dont really know his story other than what saw in the film and I know that is partly fiction as always. Is there a book about his life perhaps?
posted Mar 11, 2021 by Jeremy Stroud

Gillian Thomas
Hi William, thanks for this really interesting profile. I am removing the project protection as it does not appear to meet the revised criteria for protection. See Help Index PPPs for more information. Please don't hesitate to contact me if you would like to discuss. Thanks for caring for the profile. Gillian, Leader, England Project.
posted Mar 02, 2019 by Gillian Thomas