“John Tyndall was a mountaineer, prolific writer of science books, prominent physicist and professor of natural philosophy at the Royal Institution of Great Britain. He was also an original member of the X Club, an exclusive scientific dining club whose members were frequent contributors to the well-regarded journal Nature. With his doctorate, easy access to the Royal Institution’s laboratories, and social and intellectual friendships and networks with some of the greatest minds of the Victorian period, it is not surprising that Tyndall reached the heights of scientific achievement and recognition. For more than 160 years Irish-born Tyndall has been credited with the original discovery of the absorption of thermal radiation by carbon dioxide and water vapor—the very cornerstone of our current understanding of climate change, weather and meteorology. He was the first to clearly demonstrate and understand the physical basis of the greenhouse effect.” - Scientific American, August 26, 2019

He was the son of John Tyndall.[1]He was born on the 2nd of August 1820 at Leighlinbridge, County Carlow, Ireland.[2]He married Louisa Charlotte Hamilton, daughter of the Lady Elizabeth Emma Proby and Lord Claud Hamilton, on the 29th of February 1876[1]at St. George Hanover Square, London, England.[3]He died on the 4th of December 1893[1]at Haslemere, Surrey, England.[4][5][6] 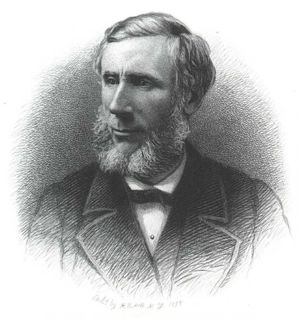 John Tyndall as a young man 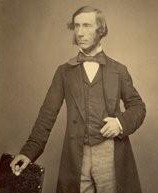 John is 19 degrees from Laurie Giffin, 33 degrees from Toni Morrison and 14 degrees from Henry VIII of England on our single family tree. Login to find your connection.