Wife of René Rimbault — married about 1655 in Acadie, Nouvelle France

Anne Marie (Unknown) Mi'kmaq was a Canadian First Peoples and member of the Mi'kmaq Nation.

NOTICE: this profile is protected by the Acadian Project because although Anne-Marie was likely not of French descent as were the Acadians, the Acadian Project has an interest in protecting her profile because she married into an Acadian family, lived in Acadie and was the mother of Acadians. She is among the 100 most highly viewed Acadian profiles. Please contact the Acadian Project before making any substantive changes. Thanks for helping make WikiTree the best site for accurate information.

Name: Anne Marie’s last name is unknown. No surname was mentioned in the censuses. She was given the name Mi’kmaq, the name of her tribe, to honor her native heritage.

Anne-Marie was born around 1631[1] and was most likely born into a First Nations (aboriginal) family.[2][3]

Anne-Marie married twice. First, she married a Frenchman with the surname Pinet. They married around 1653 and had one child, Philippe, who was born around 1654.

René and Anne-Marie did not appear on 1693 or later Acadian censuses, so it's assumed they died before then.

DNA. The Mothers of Acadia Maternal DNA project is conducting ongoing research to verify her origins. In 2010, Stephen White reported, that her descendant(s) had a haplogroup of A2f. I don't know the details re how many of her descendants were tested but the haplogroup indicates Amerindian origins. Lucie Leblanc Constantino reported one result and maternal family tree here. Ongoing test results are also reported here.

1613 Samuel Argall, a Virginia privateer, burns the Port-Royal Habitation, starting a 150 year battle between the French and English in the area. The French continue to maintain a presence[8]
c1631 Birth of Anne Marie

1636 Arrival of the first French families to settle permanently[10]

1667-70 Treaty of Breda cedes Acadia to the French; settlement resumes[12]

Sponsored Search by Ancestry.com
DNA Connections
It may be possible to confirm family relationships with Anne Marie by comparing test results with other carriers of her mitochondrial DNA. Mitochondrial DNA test-takers in the direct maternal line: 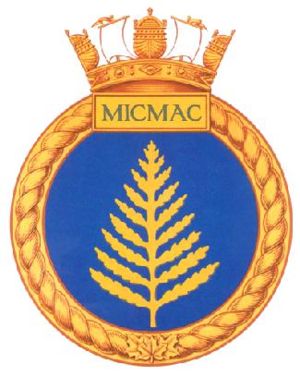 Cindy (Bourque) Cooper
Unknown-466611 and Unknown-182545 appear to represent the same person because: Same name, birth year of 1655 was marriage date not birthdate.