Name: Joan Unknown.[1] Her name is known only from her burial record.

The date is based on her having a daughter old enough to marry in 1583. She could have been born earlier or even slightly later than this date.

Married:Richard Duxford about 1560.
Date is a very rough estimate based on their daughter being married in 1583. 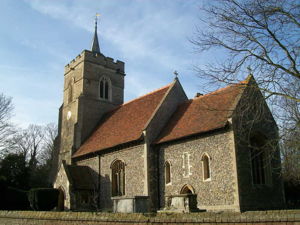 Ellen Smith
UNKNOWN-258903 and Unknown-260 appear to represent the same person because: Clearly a duplicate.
posted Nov 09, 2018 by Ellen Smith