Bonnie J. Young, lifelong Colfax resident, passed away June 24, 2014 at the Courtyard in Colfax. She was 87. A Memorial Service will be held Friday, July 18th at 1:30 p.m. at Peace Lutheran Church in Colfax. Bonnie was born July 7, 1926 in Colfax to Harold and Helen (Kincaid) Upshaw. She grew up on the family farm just South of Colfax and graduated from Colfax High School. Bonnie attended WSU for a brief time before completing her education at Kinman Business School in Spokane. She was employed at an insurance agency in Spokane for a couple of years before her marriage to Walter L. Young. Walter and Bonnie had met previously while he was employed on her grandparent’s farm. They married February 17, 1946 in Colfax. Bonnie worked for the telephone company in Colfax for a couple of years before taking a job in the Whitman County Treasurer’s Office. She served as deputy treasurer for several years and then became the assistant manager for the Pioneer Title Company. For a while, Bonnie managed both the Pullman and Colfax locations at the same time. She retired after almost 30 years of service at the title company. She was a member of Peace Lutheran Church and a past member of the Order of Eastern Star. Bonnie loved spending time with her grandchildren and enjoyed sports of all kinds. She was keenly interested in politics and always kept her pulse on the issues and happenings of both parties; locally and nationally. She is survived by her son Gary and his wife Judy Young of Colfax; 7 grandchildren, Suzanne Block, Connie Day, Shirlene Young, Donald Young, Jeanette Randall, Terry Hensley and Carrmon Bills; multiple great-grandchildren and one great-great-grandchild. Bonnie was preceded in death by her husband of 59 years, Walter; her parents; and brothers Kenneth and Harold Dean Upshaw. The family suggests memorial gifts be made to Hospice or to Peace Lutheran Church Missions Endowment Fund. [1]

Is Bonnie your relative? Please don't go away!

ask our community of genealogists a question.
Sponsored Search by Ancestry.com
DNA
No known carriers of Bonnie's ancestors' DNA have taken a DNA test. 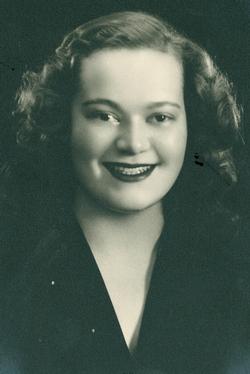