Rudolph Valentino,[1] an Italian-American silent film actor, was born Rodolfo Pietro Filiberto Raffaello Guglielmi di Valentina d'Antonguella in 1895 in Castellaneta, Italy. He married first to Jean Acker in 1919. They divorced in 1923 and he married his second wife, Natacha Rambova, the professional name of Winifred Kimball Shaughnessy in 1923. This marriage ended in divorce in 1925. Rudolph passed away in 1926 at the age of 31 and is buried in a crypt at Hollywood Forever Cemetery (originally Hollywood Memorial Park Cemetery) in Hollywood, California.[2] 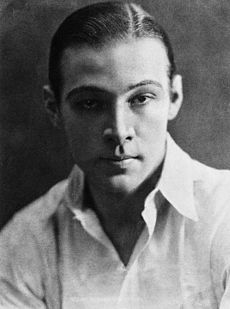 Poster for "Son of The Shiek" 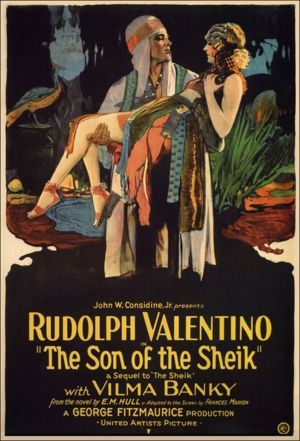 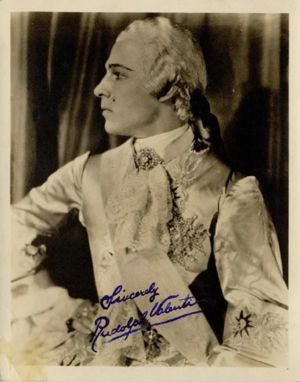 Cathleen Bachman
"Women are not in love with me but with the picture of me on the screen. I am merely the canvas on which women paint their dreams. "