Ritchie Valens was a rising rock'n'roll musician and forefather of Chicano Rock whose life and career were cut short in a tragic plane crash on "The Day The Music Died" in 1959.

Richard Steven Valenzuela was born to Joseph Valenzuela and Concepcion Reyes May 13, 1941 in Lynwood, California.[1][2][3] His family later moved to Pacoima in the San Fernando Valley, where Ritchie attended school[4]

Ritchie showed an interest in music from the age of five, playing the guitar, trumpet, and drums. He started writing and performing with a band called the Silhouettes while still in high school. A local label was tipped off about his talent and signed him to the Del-Fi label in 1958. It was at that time that he shortened his first and last names from Richard Valenzuela to Ritchie Valens.[4]

Ritchie's first hit was "Come On, Let's Go", soon followed by "Donna" (which as written about his real girlfriend, Donna Ludwig) and "La Bamba", the sales of which topped a million records. Ritchie dropped out of high school in order to go on tour. Despite a fear of flying influenced by a crash that killed several classmates a year earlier, Ritchie flew around the country to make appearances on shows and in concert to help build his career. In between those appearances, he was recording songs to release and made a brief appearance in the movie, "Go, Johnny, Go!".[4]

Ritchie was part of the 1959 "Winter Dance Party" tour across the Midwest that featured Buddy Holly and The Big Bopper (J.P. Richardson). One of the tour's stops, the Surf Ballroom in Clear Lake, Iowa, would be the last stop for all three artists. After completing the gig that evening, they left the building in a light snow and boarded their small plane, heading for Fargo, North Dakota. Taking off at 1 a.m., Ritchie had earned his seat on the plane after a coin toss with Tommy Allsup, avoiding what had been difficult cold conditions on the tour bus. Waylon Jennings gave his seat on the plane up to Richardson, who was suffering from the flu.[4][5]

The Beachcraft Bonanza plane the three musicians were on, flown by Roger Peterson, didn't make it far before it crashed in the field of Albert Juhl, catching fire and killing the trio. The rest of their bandmembers and crew had left via a chartered bus, as well as fellow artists Dion and the Belmonts, Frankie Sardo, Waylon Jennings, Tommy Allsup, and Carl Bunch. Holly had hoped to arrive ahead of their showmates in order to make preparations for the performance in Fargo.[5][4]

Ritchie Valens died February 3, 1959 in the tragic plane crash upon impact, in Clear Lake, Iowa, along with The Big Bopper and Buddy Holly. The cause of the accident is still not fully understood.[6][7][2] Ritchie is buried in the San Fernando Mission Cemetery, Mission Hills, Los Angeles, California.[2][3]

The event that killed Ritchie was memorialized in the song, "American Pie" by Don McLean, and gave the event the name "The Day The Music Died." Ritchie was posthumously inducted into the Rock and Roll Hall of Fame in 2001. He was the subject of the film, "La Bamba" and is regularly remembered by his family with concerts in his honor.[4] 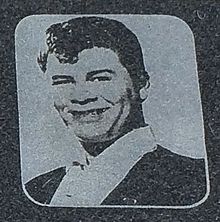 The Day The Music Died Memorial 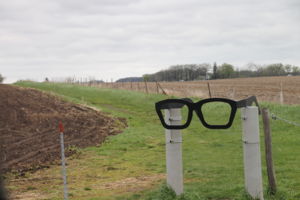 We plan on featuring Ritchie as the Example Profile of the Week in the Connection finder on May 13. Between now and then is a good time to take a look at the sources and biography to see if there are updates and improvements that need made, especially those that will bring it up to WikiTree Style Guide standards. I will check on the profile closer to the week we'll feature it and make changes as necessary.