Birth
De Valera, born in New York City 14 Oct 1882, on the present site of the Chrysler building, was the son of Spanish immigrant father, Juan Vivion de Valera[1], and an Irish mother, Catherine Coll. His father was a musician who died young. His mother sent him to Ireland to live with her brother in Bruree, County Limerick.[2]

Following the death of his father, Éamon de Valera was brought up by his uncle Pat Coll and auntie Annie in the townland of Knockmore, near the village of Bruree in Limerick. Two-year-old Éamon de Valera' uncle, Edmond Coll, traveling from New York on the ship City of Chicago, brought the child to his brother Patrick's home in Limerick, Ireland, arriving 20th April 1885. See Éamon de Valera - Buree Man by Mannix Joyce, for a lovely description of this journey and of Éamon first days at school in Bruree, county Limerick; and stories of his uncle Ned Coll, carrying him on his back across the fields from Kilmallock Station, remembered by Denis Barron in his book My Limerick Vales: A Memoir of Growing Up in Ireland

Éamon de Valera's early education at the local school in Bruree and secondary school at Charleville is well described by Ronan Fanning in his book Éamon de Valera: A Will to Power

In 1898 Éamon de Valera entered Black Rock College, Dublin. He was particularly skilled as a mathematician, a "fanatic for mathematics." [1] He was ranked highest in the class, and won "Student of the Year" for this achievement. Éamon de Valera taught higher mathematics and mathematical physics in several of the top Dublin schools including the ladies of Carysfort Teacher Training College. He later taught mathematical physics in a College in Maynooth, County Kildare.

In 1913 de Valera joined the newly established Irish Volunteers, a revolutionary group armed with German weapons who were opposed to British rule in Ireland.

In 1916 Éamon de Valera was with the Volunteers who staged a Rising in Dublin. [2] The Volunteers kept the British at bay for six days before surrendering. Survivors were arrested, their leaders were sentenced to death. De Valera's American birth saved him from execution. He was imprisoned with 1,800 Irish rebels at Frongoch in Merionethshire, Wales. With young Michael Collins and Arthur Griffith and others there, Frongoch Camp became a University for Revolution. Michael Collins gave lessons in guerrilla tactics. All the prisoners were released in December 1916.[7]

In May 1917, Éamon de Valera, along with most of the elected Irish M.P.s, on the pretext of purported "German Plot", was arrested under the Defence of the Realm Regulation 14(b) [3] and sent to prison in Lincoln, England. While in prison, he was elected President of the Sinn Féin Party which went on to an overwhelming majority of the Irish elections of December 1918.

He made a trip to the United States to seek funding for the Irish republican cause.

President of the Irish Republic

The British called for a truce in the escalating Irish rebellion 1921. As President of the Irish Republic, Éamon de Valera began the process of persuading the Dáil (parliament) to accept his proposals for a treaty to be negotiated with the British Government. The treaty ratified in 1922 formed an Irish Free State, required an oath of allegiance to Britain and separated six counties in Ulster from the Irish Free State, leaving those counties within British jurisdiction.

Éamon de Valera, opposed the ratified Treaty of 1922 on the grounds that it still required an oath of allegiance to Britain. Leading those loyal to him and hardline Republicans, Éamon de Valera walked out of the Dáil and Ireland was split by civil war as he led a military movement against the new government of the Irish Free State lead by Michael Collins. Michael Collins was assassinated in 1922.

Éamon de Valera was imprisoned by the government of the Irish Free State, he was released in 1924, He founded the Fianna Fáil Party.

In 1927, looking to get members of his new party into government, the Dáil, de Valera attempted to persuade members of Fianna Fáil to take the oath of allegiance - with the aim of having this oath of allegiance to Great Britain abolished and the denial of taxes then payable to Britain. Fianna Fáil gained seats in 1932 and gained power with the support of Labour members. Éamon De Valera set about making Ireland independent from Britain, producing proposals for a new constitution in 1937 to create a State of Eire in place of the Irish Free State. Following a national referendum, on 29th December 1937 the new Constitution of Ireland (Bunreacht na hÉireann) came into force.

Ireland remained neutral during World War II, a period it described as the Emergency.

Death
Éamon de Valera died 19th August, 1975, age 92, at the Linden nursing home in Dublin, Ireland just before noon. He had been in the nursing home about a week suffering from a heavy cold, and died of bronchial pneumonia and cardiac failure. His son, Maj. Vivon de Valera, and two priests were at his bedside. Rev. Sean O'Keefe, a grandson, performed the last rites.[2]

Shortly before his death he whispered to a nun, "All my life I have done my best for Ireland. Now I am ready to go"[2]

Burial to be held at Glasnevin Cemetery.[2]

Sponsored Search by Ancestry.com
DNA Connections
It may be possible to confirm family relationships with Éamon by comparing test results with other carriers of his Y-chromosome or his mother's mitochondrial DNA. However, there are no known yDNA or mtDNA test-takers in his direct paternal or maternal line. It is likely that these autosomal DNA test-takers will share DNA with Éamon: 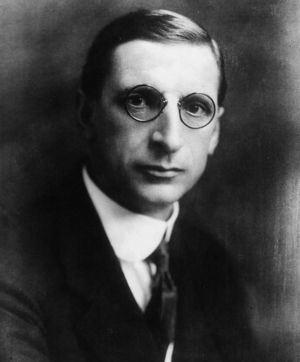