Louis XII (27 June 1462 ? 1 January 1515), called "the Father of the People" (French: Le Père du Peuple) was king of France and the sole monarch from the Valois-Orléans branch of the House of Valois. He reigned from 1498 to 1515 and pursued a very active foreign policy.

In 1476 he married Jeanne, the daughter of king Louis XI. There were no children and Louis XII had the marriage annuled in 1498 on pretense of never having consumated it. In 1499 he married Anne, duchess of Brittany. Several sons were born but none lived more than a few days, so he was only survived by two daughters: Claude (the future queen) and Renée. A few months before his death he married a third time, to the English princess Mary Tudor. As the Salian inheritance law in France excluded daughters from inheriting the throne he was succeeded by Francis I, member of cadet branch.

Sponsored Search by Ancestry.com
DNA Connections
It may be possible to confirm family relationships with Louis XII by comparing test results with other carriers of his Y-chromosome or his mother's mitochondrial DNA. Y-chromosome DNA test-takers in his direct paternal line on WikiTree: 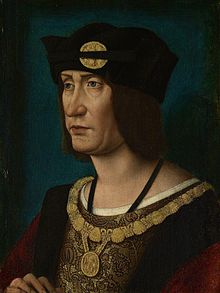 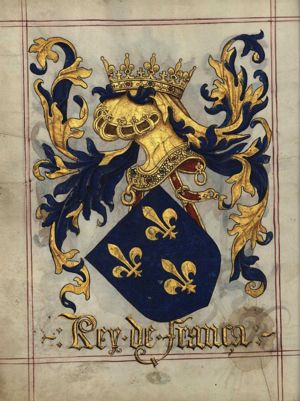 Louis XII is 17 degrees from Jaki Erdoes, 16 degrees from Wallis Windsor and 2 degrees from Henry VIII of England on our single family tree. Login to find your connection.