This profile is being included as part of the WikiTree Presidential Project. Since historical information is readily available documenting the lives of the U.S. Presidents this profile will mainly document genealogically important events in the form of a timeline. Every effort is being made to avoid plagiarism. The US Presidents Users Group is committed to proper documentation of all sources and references. If you would like to learn more about this WikiTree project please visit the US Presidents User Group page.

1807 February 21: Van Buren marries Hannah Hoes (1807–1819), his childhood sweetheart and first cousin once removed, in Catskill, New York. Like Van Buren, she was raised in a Dutch home and never lost her distinct Dutch accent. [3]

1814: Son, Winfield Scott Van Buren is born and dies in the same year.

Van Buren was the first president born a citizen of the United States[5], as all previous presidents were born before the American Revolution. His great-great-great-grandfather Cornelis Maessen van Buren had come to the New World in 1631 from the small city of Buren, Dutch Republic, in present day Netherlands. Van Buren grew up in a Dutch-speaking community. His native language was Dutch, and he was the only President who spoke English as a second language.

In 1817 Van Buren's connection with so-called "machine politics" started. He created the first political machine encompassing all of New York, the Bucktails[6], whose leaders later became known as the Albany Regency. The Bucktails became a successful movement that emphasized party loyalty; they captured and controlled many patronage posts throughout New York. Van Buren did not originate the system, but gained the nickname of "Little Magician" for the skill with which he exploited it. He also served as a member of the state constitutional convention, where he opposed the grant of universal suffrage and tried to maintain property requirements for voting.

As Andrew Jackson's Secretary of State and then Vice President, Van Buren was a key figure in building the organizational structure for Jacksonian democracy, particularly in New York State. As president, he did not want the United States to annex Texas, an act which John Tyler would achieve eight years after Van Buren's initial rejection. Between the bloodless Aroostook War and the Caroline Affair, relations with Britain and its colonies in Canada also proved to be strained. Read more on Wikipedia here

His administration was largely characterized by the economic hardship of his time, the Panic of 1837. He was scapegoated for the depression and called "Martin Van Ruin" by his political opponents. Van Buren was voted out of office after four years, losing to Whig candidate William Henry Harrison.

Use the WikiTree Widget to see Martin Van Buren's most distant ancestors.

He is related to Annetje Janse (born 1577), daughter of Jan C. Dirckse and Teunje (surname unknown) who was married to Hendrick Adriaensz Van der/den Burchgraeff. She died 12 Jun 1635 in Leksmon, Zuid-Holland, Netherlands.
Email From: W David Samuelsen [dsam, sampubco.com] dated
July 23, 2005 To: Dutch-Colonies-L, rootsweb.com
See http://www.presidentsusa.net/vanburen.html
Elected to US Senate in 1821
Reelected to US Senate in 1827
Gov of NY 1828
Secretary of State Mar 1829
Inaugerated President 4 Mar 1837. Served until Mar 1841.
Lindenwald, the home of Martin Van Buren, the 8th president of the
United States, has a good chance of having its former agricultural lands
restored to the estate by making it part of the National Historic Site.
The acreage will increase from 39 to 300. A bill was passed by the
House of Representatives March 25, 2009. The announcement was in the
Times Union newspaper of Albany, NY on March 27.
Email from Clif Lamere dated 28 Mar 2009 on Columbia County List 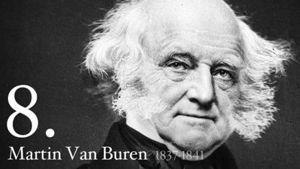 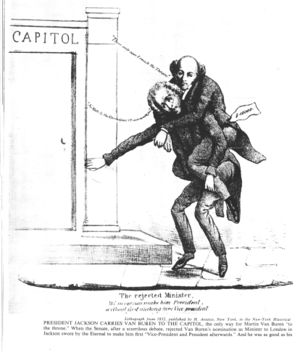 Robin Lee
As you started a draft change to this profile, others get a warning message that you need to finish your changes or discard your draft....
posted Feb 12, 2022 by Robin Lee