Theo van Gogh was an influential Dutch art dealer. He worked for the Parisian company Goupil & Cie. At first this was at the branch in The Hague. This shop had been founded by his uncle Vincent ("Cent") van Gogh (1820-1888), who afterwards became a partner of Goupil. On January 1st, 1873. Theo was transferred to the branch in Brussels, in June to the one in London. For his brother, with whom he kept a regular correspondence since 1872, he arranged that in November 1873 Vincent got a job in The Hague. Theo soon became a successful art dealer and was then promoted to the headquarters in Paris. From 1880 he used to send to Vincent monthly painting material and an allowance. In 1886 he invited him to move in with him in Paris. The firm had meanwhile been sold to a son-in-law of Goupil and was now called "Boussod, Valadon et Cie." Theo introduced his brother to a number of nowadays famous painters, such as Paul Gauguin, Paul Cézanne, Henri de Toulouse-Lautrec, Henri Rousseau Camille Pissarro and Georges Seurat. In 1888 he persuaded Gauguin to move in with Vincent, who was now living in Arles. In the following year he married Jo Bonger (1862-1925). They had one son, Vincent Willem van Gogh (1890-1978). On June 8th, 1890 the young couple visited Vincent, who had settled in Auvers-sur-Oise, not far from Paris. By that time Theo considered the possibility of starting a business of his own. A month later, Vincent made a not immediately successful attempt at suicide. Two days later he died, in the presence of Theo. The latter began to suffer from a deep depression. He was taken into a psychiatric hospital, first in Auteuil, but on November 18th in his native country. After two months he died, probably as a result of syphilis and at the age of 33 years. He was buried at the Eerste Algemeene Begraafplaats Soestbergen, in Utrecht. In 1914 his mortal remains were transferred to Auvers-sur-Oise, where he now was buried beside his brother. Thanks to his son V.W. van Gogh, the Van Gogh Museum in Amsterdam came into being. It was opened in 1973. (bio from findagrave.com)


Memories: 1
Enter a personal reminiscence or story.
Cathleen Bachman
In the 80s I was fortunate enough to see Leonard Nimoy in his one man show "Vincent' about Theo van Gogh and his relationship with his famous brother. https://www.youtube.com/watch?v=T_hVUXZXyB8

I have also read the book "Dear Theo", the letters of Vincent to his brother. Edited by Irving Stone.

Both were Wonderful and moving.

posted 16 Oct 2015 by Cathleen Bachman   [thank Cathleen]
Login to add a memory.
Is Theo your ancestor? Please don't go away!

ask our community of genealogists a question.
Sponsored Search by Ancestry.com
DNA
No known carriers of Theo's DNA have taken a DNA test. 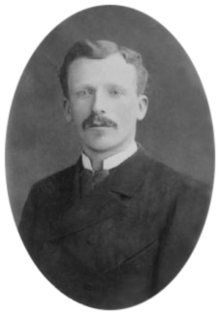 Sketch of the Sunflower triptych in a letter to Theo. 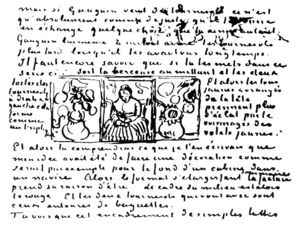 they had one son Vincent Willem, and 4 grandchildren.