Cynthia (Van Name) Leonard was a part of the Suffragist Movement.

Cynthia Hicks Van Name Leonard was the mother of Helen Leonard, aka Lillian Russell. She was also a suffragist, writer, aid worker and worker for social reform. Perhaps most significantly, she was the first woman to run for the office of Mayor of New York City.

Cynthia first worked as a saleslady in Buffalo, NY.

The Leonards moved in 1856 to Detroit, Michigan and then by 1858 to Clinton, Iowa. Cynthia established the first soldiers' home in Iowa. In 1863 they moved to Chicago. By 1869, Cynthia is working with the Suffrage Movement and became friends with Susan B. Anthony.

Cynthia established the Good Samaritan Society. After the Great Chicago Fire, Cynthia organized homeless shelters to assist women who lost everything in the fire. Cynthia developed the concept of having women as prison guards especially for other women.

She wrote Adventures of Lena Rouden, or the Rebel Spy and Fading Footprints, or the Last of the Iroquois.

By 1878, she separated from her husband and then divorced Charles, and Cynthia took Helen and daughter Suzanne (Susan) to New York City to allow them to advance in music.

Cynthia developed the Science of Life Club and in 1880 managed a benefit for starving women and children in Ireland.

In 1884, she became the first woman to run for Mayor of the city of New York on a Women's Rights platform but received only four votes. In January 1888, Cynthia was accused of misusing the funds raised for the Irish women and children but found innocent.

Sponsored Search by Ancestry.com
DNA Connections
It may be possible to confirm family relationships with Cynthia by comparing test results with other carriers of her mitochondrial DNA. However, there are no known mtDNA test-takers in her direct maternal line. It is likely that these autosomal DNA test-takers will share some percentage of DNA with Cynthia: 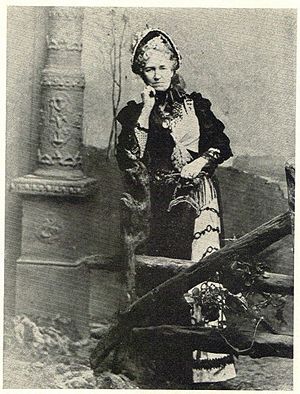