The name Stellenbosch ('Van der Stel's bush') was given to the site of the governor's camp. [8]

12 October 1679: "... Notwithstanding her long voyage, this ship had only sacrificed to Neptune 11 men out of 259..." ... "Vrye Zee" with our Commandeur-Designate Hon. Simon van der Stell ... reached roads about noon ... since there is no convenient accommodation in the new Castle, he took up his residence in the old Governor's house [installed 14 October 1679] [Journal] [Mansell Upham] [11]

3 November 1679: ""[Simon] van der Stel to Hottentots-Holland (back 8 November 1679) having found in the ride thither that from about 2 hours from Cape uncultivated land all the way to Hottentots-Holland is suitable for agriculture ... lacking only industrious Dutch farmers ... Hon. Commandeur took his rest one night in a grove ... naming the same Stell en Bosch ..." [Journal] [Mansell Upham] [12]

"About 12 or 14 Dutch mile inland from the Cabo buon Esperanza there is a very pleasant & fruitful region, quite flat & level, & in compass almost 16 miles. Here Governor von der Stell [Simon van der Stel], a man of great experience in administration, has set & founded [sic - DR 3 November named only, & this after Vogel had left] a village called Stellenbusch [Stellenbosch], with many sheep- & cattle-farms belonging to the [Dutch] East-India Company; & this stretch of land is not so much exposed to the storms & squalls as are the regions on and near the seashore. If now anyone wishes to settle here, or elsewhere in the country but lacks the means [Verlag], the Governor gives him a house & as much land as he asks for, with the right to bequeath it [erblich]; & so that he may properly start his husbandry, & can prepare & sow his fields, he is given oxen, cows, sheep, pigs, a waggon, a plough, seed-corn & farm implements, all at a definite taxed valuation, which afterwards he pays in reasonable instalments, according to their value, to the East-India Company, or rather to their office at the Cabo buon Esperanza. For the first 3 years such a newly-established farmer is free of all taxes and duties, but after the expiration of this period he must surrender the 10th part of all the corn grown. After the harvest, when the corn has been reaped & brought into the barns & threshed, 20 to 30 farmers or inhabitants in the region of Stellenbusch form a waggon-convoy [Gespannschaft]. Each loads as much corn as he can conveniently transport, & they set out towards evening from the said Stellenbusch; & in the morning (since they travel all night) they arrive in good time at Cabo buon Esperanza. There they go to the Governor, & each lays before him a sample of his corn, whereupon he strikes a bargain & takes over the corn, &, after deduction of the tithe due to the East-India Company, pays for the rest in cash." - Johann Wilhelm Vogel (1657-1723) - ein deutscher Ostindien-Fahrer, Berginspektor und Schriftsteller - sailing on "Hollantschen Thuijn" arriving (28 April 1679) translated from his "Ost-Indianische Reise-Beschreibung" ... [Altenburg 1716 - 1st edition, ‘Diarium ... (Frankfurt & Gotha 1690) [Mansell Upham] [13]

26 October 1680: "Resolution of Council of Policy ... resolved, contrary to opinion of Hon. Commandeur van der Stell, to allow said Captain of English ship ["Surat Merchant" headed for Bantam [Banten, Java, Indonesia], “having lost 15 of his best sailors & carpenters & with many sick”] to buy some refreshing from freemen ... & to give him a carpenter from ships now here, to be handed back at Bantam ..." [Mansell Upham] [14]

The naming of Drakenstein [Paarl] ... 10 October 1687 "... this morning the Commandeur [the castiço Simon van der Stel] leaves Stellenbosch, going towards the Berg River, accompanied by freemen who had asked for land ... in afternoon comes to a very fruitful & large valley ... His Honour gives this pleasing region the name of "Drakenstein" ... 23 farms ..." [Journal][17][18]

9 - 28 June 1687: French Jesuit mathematicians / astronomers stopping over at the Cape of Good Hope (9 June-28 June 1687) look to the stars ... Nevertheless our necessity was such that we felt constrained to redouble our prayers to the Governor [Commander Simon van der Stel], and, while assuring him of the perfect understanding that existed between France and Holland, to beg him not to allow so large a proportion of our sick to suffer on board, where they could not remain longer without risk of death. When I left the Cape the last time to return to France, I told Monsieur de Vandestellen that I should be calling again the following year on my way to the Indies, and would have with me a number of companions, regarding whom he had then made many kind offers. During the conversation that he had with Monsieur de Saint-Clair he recalled these, and the promise I had given him, and the Captain assured me that he had inquired particularly after me. I did not fail to go and see him that very day, taking with me one of our Fathers. His greeting was most friendly, and, having learnt that I had brought fourteen Jesuit mathematicians, all holding royal patents like the first six, he said that the pavilion where we had previously lodged could not conveniently accommodate so many persons, so that he would place at our disposal a large country-house ["Constantia"] he owned, about a league from the Cape, with a very pleasant garden, where we should find everything we needed for the recovery of our health, and a place suitable for making astronomical observations. We thanked him very gratefully for his kindness, but explained that the shortness of our stay at the Cape and the necessity we were under of being continuously in touch with each other, and above all with our sick, made it impossible for us to lodge so far away; and that, since he had so obligingly offered us the observatory which he had given us in our former voyage, we would occupy it again. - Father Guy Tachard (1651-1712) translated from "Second Voyage" ... (Paris 1689) [19]

24 October 1688: "... This morning Commandeur [Simon van der Stel] busy at Drakensteijn ... allotting to each of the French & Dutch freemen his place ... although His Honour has had much difficulty with the French freemen before they were helped to settle, since it seems that this folk are not at all of such an industrious nature as had been expected of them ... This being done, the Commandeur continues his journey, crossing Berg River to Babilonische Tooren & [? back] into the district of Drakensteijn, where he arrives at nightfall, camping in the open. [Journal] [Mansell Upham] [21]

26 October 1688: "... This morning Commandeur [Simon van der Stel] sets out for the Klapmuts arriving about midday ... & rides on to the Tijgerberg arriving in evening & spending the night." [Journal] [Mansell Upham] [23]

20 June 1699: [...] Hon. Governor [Simon van der Stel] being this morning in the Company's Garden was met there by the Ambassador Norris [Heer Ridder Willem Norris] & other prominent persons, and after they had chatted for a time in a tent, the same left there at noon after an exchange of compliments ... Sir William Norris, 1st Baronet (c. 1658 – 10 October 1702) went out as English ambassador to the Great Mogul - Abul Muzaffar Muhi-ud-Din Muhammad Aurangzeb / Muhy-ud-din Muhammad Aurangzeb محی الدین محمداورنگزیب , commonly known as Aurangzeb Alamgir & by his imperial title Alamgir / عالمگیر ('world-seizer' or 'universe-seizer') (14 October 1618-20 February 1707), 6th Mughal Emperor ruling over most of Indian subcontinent whose reign lasts for 49 years (1658-1707) - in the "Harwich" together with the ships "Anglesea", "Hastings" & "Lizard" ... [24]

23 November 1699: "This morning early, when the gates opened, Governor [the Eurasian Simon van der Stel] & some Councillors proceeded to Stellenbosch, Drakenstein, Tygerbergen, &c., not only to have a look at those places, but to give out in freehold to newly arrived freemen some lands, & so help them on their legs". [Journal] [Mansell Upham] [25]

Did the revered presence of Kalden’s immediate, but enshrined, neighbour Shaikh Yusup (1626-1699) – that exiled wise man of Islam – & the very recent removal of his Muslim adherents (September 1704), influence Kalden’s choice of the name Ismael?

This was in the year preceding the baptism of Jacoba’s son. Did Kalden as a crusading minster (predikant), perhaps triumphantly appropriate a Muslim-associated name for his new-found, font-confined christened conscript: the infant Ismael?

Click at the following link to read more about this extraordinary event: http://www.e-family.co.za/ffy/RemarkableWriting/UL02Ismael.pdf [Mansell Upham] [26]

Sponsored Search by Ancestry.com
DNA
No known carriers of Simon's DNA have taken a DNA test. 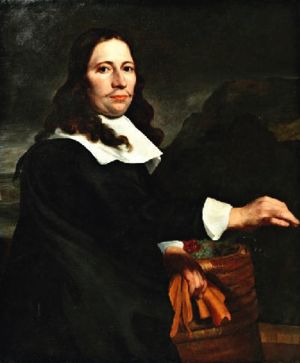 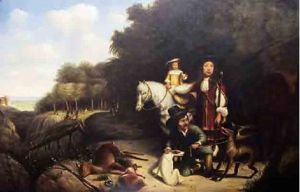 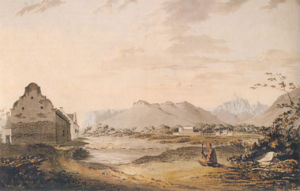 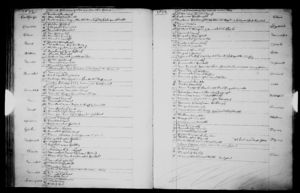 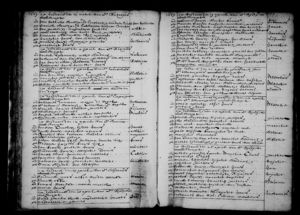 Leave a message for others who see this profile.
There are no comments yet.
Login to post a comment.
Gordon Mac Rae
What do we do with this: