Cornelius Vanderbilt was a 19th Century American shipping and railroad tycoon. He was best known as the patriarch of the socially prominent Vanderbilt family of New York, and as the founder of the New York Central Railroad.

Cornelius was born and grew up in Staten Island, New York. He was the child of Cornelius van Derbilt and Phebe Hand van Derbilt, and had nine brothers and sisters.

His name translated from Dutch, literally means "From De Bilt" which is where his great-great-great grandfather, Jan Aertzoon, came from.

He quit school at age 11 to work on his father's ferry in New York Harbor; when he was age 16 he operated his own boat and transporting goods and passengers between Staten Island and Manhattan.

Cornelius worked as a Ship Transport entrepreneur, later after building his wealth he paid the expenses for the building of new rail lines and was considered a Rail Transport Magnate.

The one thing that people in modern day know most about him is his incredible wealth, which, he acquired with hard work throughout his life.

It was January 4, 1877 when Cornelius passed away from typhoid fever. He was buried in the family vault in the Moravian Cemetery at New Dorp on Staten Island.

More info to integrate above:

He made a very successful ferry service that carted people and produce from Staten Island to New York. In 1812 he earned the name Commodore and a heavy profit by building forts around New York. Soon after in 1817 he got a job working on a steamboat with a man named Thomas Gibbons, Cornelius was the captain. He continued Ferrying people only he sold his schooners and sloops for the job and the route now moved from New York City and New Brunswick. He flattened his competitors with a lower price for fares, only charging $1 for a ride. Fulton and Livingston had issues with him charging such low wages, their rides were around $4. They took them to court where Gibbons and Cornelius won. Cornelius left Gibbons in 1829 and set up his own ferry service where he proved to be very successful. In 1863 after selling his boats in 1857 he became the president of the New York and Harlem railways. He sold his boats because he thought of railroads to be the way of the future. Later on he also acquired the Hudson River, New York Central, Lake shore and Michigan, and the Canada southern railways. He improved the quality of all the railways and combined a few of them together before dying. His strong ambition to be rich which drove his competitors out of business and made him the richest man in America. The other companies always saw him as a threat because his low prices sent them hurtling out of business some even paid him to stop using the same routes that they used. He always did what was necessary to put him on top. Cornelius Vanderbilt was a significant person because he made transportation available, more comfortable, and affordable. He was not known as the nicest man but he built a strong railway and enough money to support his family many times over.

posted 29 Oct 2009 by Cornelius Vanderbilt
Login to add a memory.
Sponsored Search by Ancestry.com
DNA Connections
It may be possible to confirm family relationships with Cornelius by comparing test results with other carriers of his Y-chromosome or his mother's mitochondrial DNA. However, there are no known yDNA or mtDNA test-takers in his direct paternal or maternal line. It is likely that these autosomal DNA test-takers will share some percentage (beta) of DNA with Cornelius: 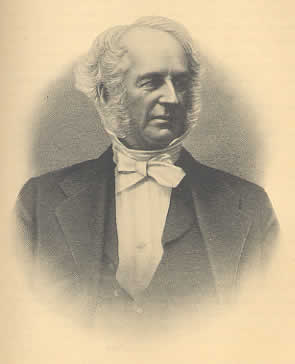 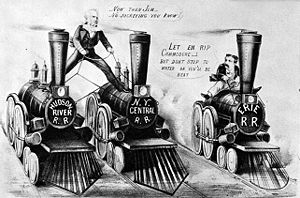 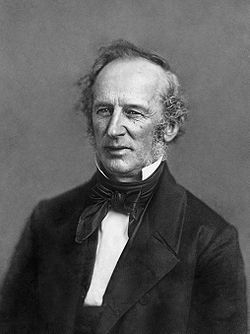 Richard Hand
Hi my name is Richard Hand,phebe hand who was married to cornelius vanderbilt ,phebe Hand might be a long lost relative,does anyone have time and resources to help me trace me to her Hand-1735 thats me and phebe hand Hand-784,says were Phebe and Richard are fourth cousins 6 times removed
posted Oct 03, 2017 by Richard Hand