James Vernor was born in Albany, New York, United States. While employed at Higby and Sterns' Drug Store in Detroit, Vernor began experimenting with ginger ale. After the start of the American Civil War, he enlisted and served with the 4th Michigan Cavalry from 1862-1865, becoming a Second Lieutenant before being discharged.[1]

When he returned from the war, Vernor opened a drug store and sold his Vernor's Ginger Ale at its soda fountain.

According to company legend, when Vernor left to serve in the war he had stored his experimental ginger ale syrup base in an oak cask. After returning four years later, he opened the keg and found the drink had changed through the aging process. He declared it "Deliciously different," which became the drink's motto. However, in a 1936 interview, son James Vernor, Jr. suggested that his father did not develop the formula until after the war, a theory confirmed by former company president James Vernor Davis in a 1962 interview. According to the 1911 trademark application on "Vernor's" as a name for ginger ale and extract, Vernors did not enter commerce until 1880, years after returning from the war.

In 1896, Vernor and his son James Vernor, II. closed the drugstore and together opened a new soda fountain and organized a manufacturing plant. By 1915, they expanded operations to include a bottling company, which widely manufactured Vernor's Ginger Ale.

Vernor was one of the original members of the Michigan Board of Pharmacy, formed in 1887, and held License No. 1 throughout his career. Vernor also served on the Detroit City Council for 25 years.

James died in Grosse Ile, Michigan on October 29, 1927 from pneumonia and influenza[2]. He is buried at Woodmere Cemetery in the southwest section of Detroit. 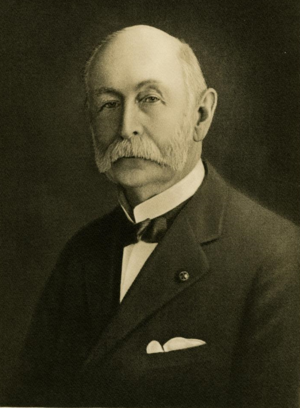