Ferdinand von Zeppelin (pronounced /fɛʁdɪnant fɔn ˈt͡sɛpəliːn/), the son of Friedrich Graf von Zeppelin (a Württemberg Minister and Hofmarschall) and Amélie Macaire d'Hogguer, was born in the Grand Dutchy of Baden in 1838. He was a German general, and later inventor of the first lighter-than-air rigid dirigible airship, known as the Zeppelin.[1]

Ferdinand went to a technical school in 1853, and shortly after, in 1855, he joined a military school in Ludwigsburg to be a cadet. This was the beginning of his military career in the army of Württemberg.[2]

During the United States' Civil War, Ferdinand was an official observer of the Union Army, where he visited Thaddeus Lowe's balloon camp. Shortly after he went to Minnesota where John Steiner, former Army balloonist, offered tethered flights. Ferdinand took his first flight in a balloon in Saint Paul, Minnesota and that is where he became interested in the aeronautics field, and was inspired to build his invention, the Zeppelin.

While I was above St. Paul I had my first idea of aerial navigation strongly impressed on me and it was there that [the idea of] my Zeppelins came to me.[3]

Ferdinand began to seriously invest his time into airships after he retired from the military at the age of 52 in 1891.

The first flight of a Zeppelin, model LZ 1 (short for Luftschiff Zeppelin or Airship Zeppelin), took place in July of 1900 over Lake Constance. It was damaged during landing, but made two more flights later the same year. Despite the positive performance of the LZ 1, it didn't receive any more funding from shareholders, so Ferdinand ended up dismantling it in 1901.

As he wished to keep moving forward with his experiments, Ferdinand proceeded to gather funds from various sources: public funding, a mortgage from his wife's estate, and his own personal funds. He was able to construct the LZ 2, which only made one flight, but that model led to the LZ 3 which was the first successful Zeppelin. That regained the interest of the German military, but adjustments needed to be made if they were going to be able to use them. Those modifications led to future models that were used by the Germany Imperial Army and Navy during World War I.

During his work on the LZ 4 in 1908, Ferdinand gained enough public interest, raising over 6 million German marks in a donation campaign, to enable him to found his aircraft manufacturing company, Luftschiffbau Zeppelin. That company would allow him to continue his research into rigid airships under a formal entity.

Ferdinand von Zeppelin died on March 8, 1917 in Charlottenburg, Brandenburg, Deutsches Reich,[6][7] which was before the end of World War I so he didn't live to see his country's defeat.

Is Ferdinand your ancestor? Please don't go away!

ask our community of genealogists a question.
Sponsored Search by Ancestry.com
DNA
No known carriers of Ferdinand's DNA have taken a DNA test. 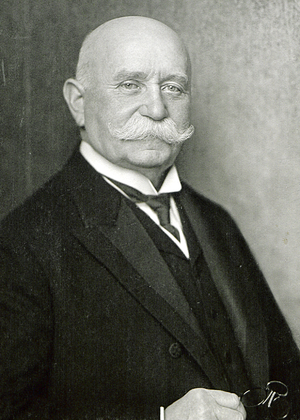 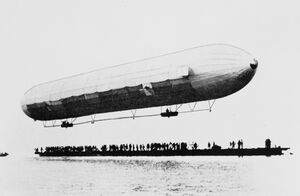 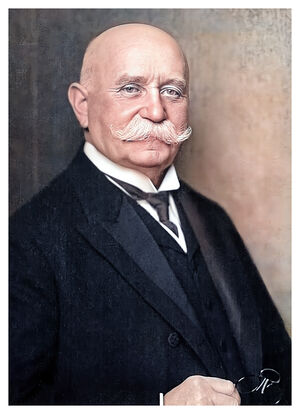