'Louis Vuitton was a malletier and the founder of the Louis Vuitton brand of leather goods now owned by LVMH. Before becoming famous in his own right, he was trunk-maker to Empress Eugénie de Montijo, wife of Napoleon III

Louis Vuitton was born 4 August 1821 in Anchay, France, the son of Xavier Vuitton and Corinne Gaillard. Louis's father was a farmer and his mother was a milliner. Corrine died when Louis was 10 years old and his father remarried. Louis did not like the farm without his mother there and certainly did not like his new step-mother. Louis wanted to go to Paris. [1]

In 1835 at the age of 14, Louis ran away from home to walk the 292 miles to Paris. He supported himself with odd jobs along the way, sleeping wherever he found shelter. I'm 1837 at the age of 16 he arrived in Paris. He apprenticed in the workshop of a successful box-maker and packer named Monsieur Marecha. There Louis learned the 19th century craft of custom box making. This involved not only making the fitted boxes, but packing and unpacking the articles they were built to contain. Louis established a good reputation for his craft and service. A reputation good enough for an empress.[2] 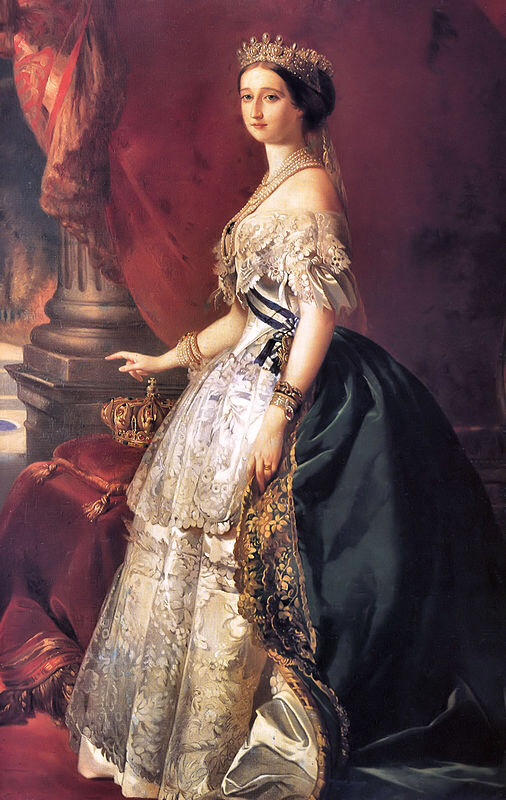 When Countess Eugenie de Montijo, married Emperor Napoleon IIII, she hired Louis as her personal box-maker and packer. She charged him with "packing the most beautiful clothes in an exquisite way."[3]Vuitton did so successfully and thereafter had access to a class of elite and royal clientele who would seek his services for the duration of his life.

Louis married Clemence-Emilie Parriaux in 1864 and they had a son in 1857 that they named George. [4] Shortly after he married, Louis opened his own box-making and packing workshop in Paris and on it hung a sign that read:[5]

Securely packs the most fragile objects. Specialising in packing fashions.

In 1858, Vuitton introduced his revolutionary stackable rectangular shaped trunks. Prior to this, only rounded topped ones were made. This made it possible to stack trunks on voyages. Louis' trunks became so popular that he moved to a larger workshop on Rue Neuve des Capucines in Paris, France.[6] 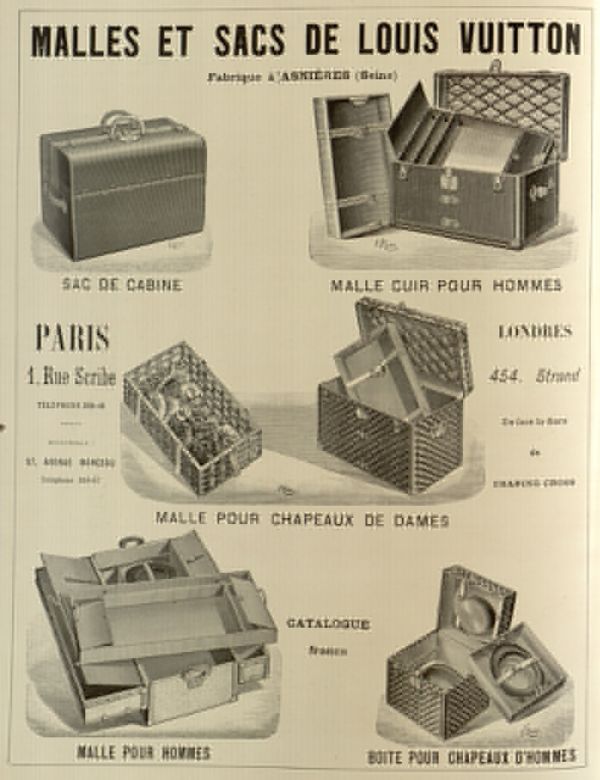 Other trunk makers copied his work with the indistinguishable fabric cover. In 1867 when he exhibited at the Paris International Exposition, he adopted a new design. [7][8]i Louis won a Bronze Medal at the International Exposition for his trunks and continued to be plagued by copies of his work. He never resolved this problem in his lifetime. [9]

Louis continued to work until his death at the age of 70 on 27 February 1892. He is buried at Asnieres Old Cemetery in Asnieres-sur-seine, Departement des Hauts-de Seine, Île-de-France, France.[10]

After his death, Louis' son, Georges Vuitton, took over control of the company. In 1890 George invented and patented the unpickable fireproof tumbler lock.[11]Several years later, he took out a newspaper ad challenging the magician Harry Houdini to escape from his secure luggage that had this lock. [12] In 1896, George adopted and patented the iconic Signature Canvas design that still decorates Louis Vuitton to this day. 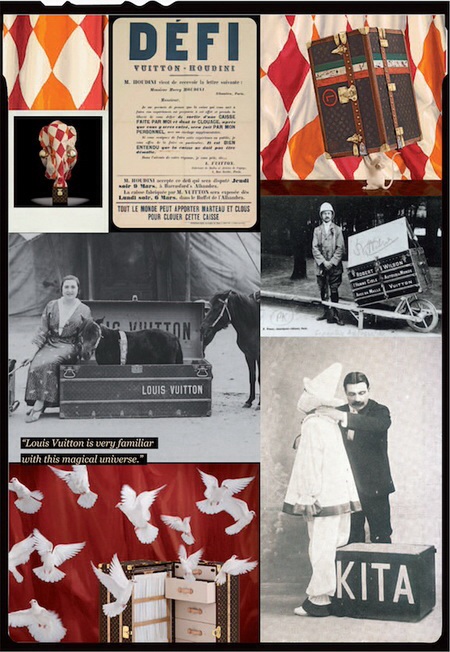 The company, now owned by LVMH still provides the same service as Louis Vuitton provided as a Malletier to at least one customer. In 2014 the Fédération Internationale de Football Association (FIFA) asked Louis Vuitton to design and construct a traveling case for the World Cup. [13] 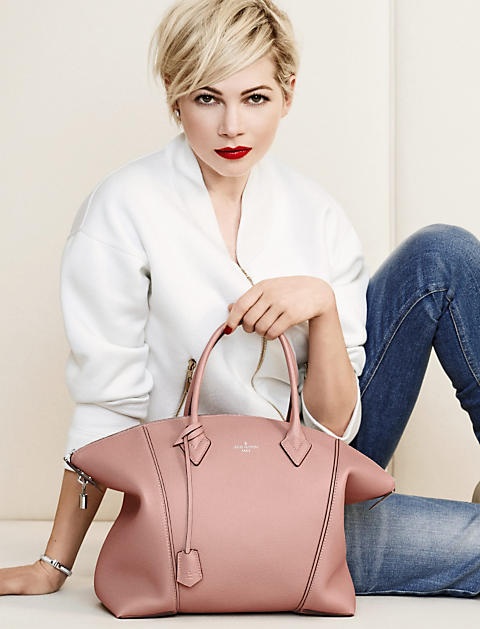 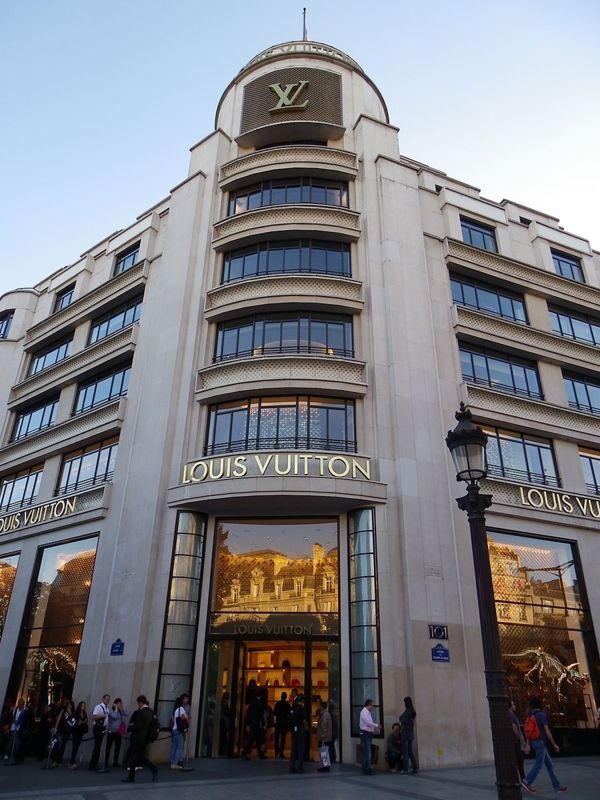 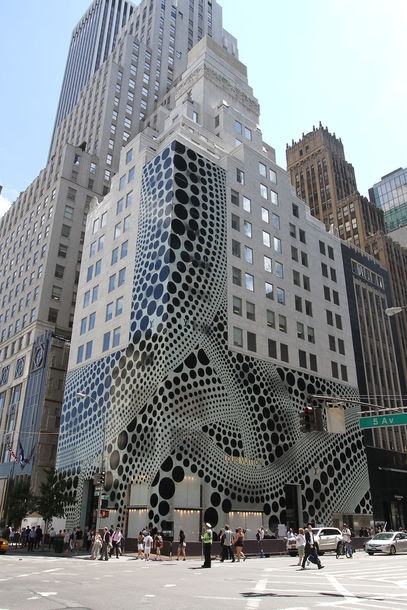 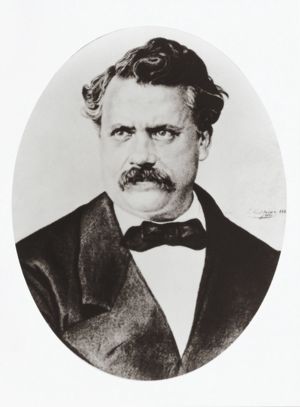 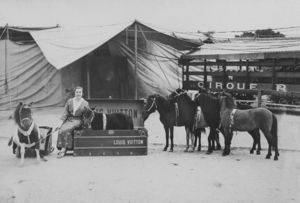 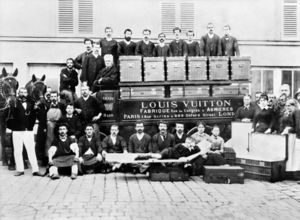 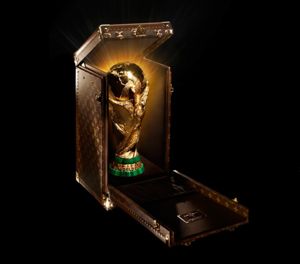 Leave a message for others who see this profile.
There are no comments yet.
Login to post a comment.
David Quénéhervé
Birth record