In the meantime, the Roman Catholics in the city, under the guidance of Bishop Alexander Macdonell and Monsignor Corbet, pastor of St. Columbans, began negotiations and raising funds to open a hospital in Cornwall. The funds were borrowed and raised to buy Ivy Hall from the widow of John Sandfield Macdonald for use as a hospital. The large house, on the corner of York and Water Streets, had been the residence of Ontarios first Premier. It then became the first Hôtel Dieu Hospital in Cornwall, officially opening on June 17, 1897, with its 30 beds and staff of five Sisters of the Religious Hospitallers of St. Joseph. Over the years, the two hospitals have treated thousands of patients and have grown substantially. Co-operation between staff and volunteers lends itself to a celebration of 100 years of health care in Cornwall. GOOD NEWS NETWORK January 23, 1997

Christine Waggaman was born in December, 1820 in the house at Royal and Iberville Streets ceded to her great-grandmother, Maria Camilla de Brounner, by King Carlos III of Spain. She was the daughter of George Augustus and Camille Arnoult Waggaman. She attended Mlle Marcilly's school and then Mme Bujac's in Baltimore. The Waggaman children were sent to schools in Baltimore because they had the reputation of being the best catholic schools in the U.S. In Baltimore Christine mingled with students from many states and met/visited with Waggaman relatives from the Eastern Shore of Maryland and Virginia. During the summer sometimes the Waggamans would visit Sarasota Springs, New York where it was cooler and many of her father's fellow Senators would congregate. While in Baltimore she met Canadian John Sandfield Macdonald who as Queen's Messenger was carrying dispatches to the British Minister in Washington.

Christine was almost 20 years old and Sandfield had now passed the Bar and set up a law practice in Cornwall, Ontario, when on September 2, 1840 they eloped to New York. They settled in Cornwall where Sandfield soon became involved in Canadian politics. Christine's father never communicated with her again and her mother was so saddened that "she did not leave the house." However, in 1843, six months after the death of George Augustus, her mother Camille writes to Christine as a confidant, telling her the problems she is having with her other children and their financial woes. Camille closes the letter: "I write to you as though I was speaking to you...At least in my anguish and maternal agony for the fate of my children I can in writing throw myself in the arms of another child. You understand me always. Tell me that you understand, your poor mother."

In 1846 when the Macdonalds receive a visit from her brother Eugene and sister Mathilde, they have three children under the age of four. Eugene and Mathilde act as proxy godparents for the newest Macdonald while they are visiting. Christine continues to correspond with Camille, Eugene and other members of her family and the news flows from Louisiana, Baltimore and Canada. In 1853 Christine had her sixth child, a fourth daughter and Sandfield has developed chronic tuberculosis. He travels to Avondale that winter for his health.

When the War Between the States breaks out and Eugene is captured at Malvern Hill, Christine and Sanfield do what they can to help him, sending him $100 in gold and suggesting that he give his parole and spend the rest of the War with them in Canada. Eugene declines this offer and is soon exchanged. Sanfield is now the first Premier of Ontario and Christine spends the winter after Lee's surrender (65-66) at Avondale.

On March 1, 1870 Christine and Sandfield held the double wedding of their two daughters at Ivy Hall. Josephine married Jean Langlois, a member of parliament, and Louise married Lieutenant George Uppleby of the Royal Artillery. There were guests from Ottawa, Quebec City, Montreal and Toronto as well as their friends of Cornwall. Also that year the Macdonalds attended a great ball in horor of Queen Victoria's son Prince Albert, and a banquet given Sandfield by the people of his counties to show their "esteem and affection." On September 2, 1870 Sandfield writes Christine a letter on the occasion of their 30th Wedding Anniversary. He tells her that "I have always felt great pride in noticing your varied accomplishments added to other qualities which have secured for you the good opinion of those with whom you have come in contact. I close this with the expression of my fervent hope that you may long enjoy health and increased reason to be content with your lot."

Sandfield's health continues to deteriorate and on June 1, 1872 he died at age 59. As Jean Langlois writes his wife Josephine on June 11, 1872, in Sandfield's will he names his brother Alexander administrator of the estate for which he will receive 300 pounds a year while he looks after the estate. "It is specified that your mother will live in the house now rented to the McLellans and will receive 300 pounds per year. Louise and you will continue to receive 200 pounds. Lilla also 200 pounds."

Information from The Life of Christine Waggaman Macdonald as told through letters and tradition by Babette Brodie. 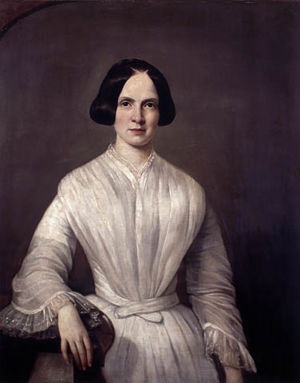