A brilliant young lawyer of Maryland born at Fairview, Dorchester County, Maryland in 1790. He was a member of a distinguished family of Virginia and Maryland, connected with the first families of America. The young Marylander, soon after his arrival in New Orleans in 1810 married Marie Camille Arnoult, who was heiress to the plantation on the west bank of the Mississippi first called Tchoupitoulas but later known as "Avondale".An ancient deed under date of 1769 shows that Tchoupitoulas was first owned by Sieur Delille Dupard, who bequeathed it to his daughter, Marie Delille Dupard who married Jean Arnoult, and it the went to their heirs. Avondale at 12 mile Point, was one of the most magnificent plantations in the state. The residence was built in 1840 at a cost of $40,000, and its entertainments were noted for their elegance and social importance, Henry Clay and Daniel Webster were intimates, and Mr. Clay visited Avondale. Senator Waggaman was an avowed leader of the Whig Party. He became engaged in an altercation with Dennie Prieur, leader of the Democratic faction, and former mayor of New Orleans, which resulted in an "affaire d'honneur" under the oaks. Waggaman expressly shot to miss but Prieur's shot struck his antagonist's leg severing an artery, and Waggaman died March 23, 1843 of gangrene, refusing to allow his leg to be amputated until too late. {Old Families of Louisiana by Stanley Clisby Arthur} 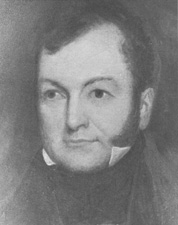 Leave a message for others who see this profile.
There are no comments yet.
Login to post a comment.
Paula (Cullen) Staunton
Waggaman-8 and Waggaman-5 appear to represent the same person because: Same wife and death date, birth year needs confirmation as it is different
posted Jul 28, 2017 by Paula (Cullen) Staunton