Several sources indicate that Michael Wagner was born in Bavaria in 1824. It is very likely he is the same Franciscus Michael Wagner who was born in Rulzsheim, Bavaria to Joannis Wagner and Apoloniae Kerner on 16 February 1824. [1]. This birth record seems to fit two Baltimore sources. The record of his marriage names his home town as Russelsheim and the passenger list discussed below has a home town of Pusselsheim. All three of these towns can be found in the Bavaria region of Germany on Google Maps and have a similar sound. Rulzheim is located in the Rhine Valley close to the border of France. This area of Bavaria is known as the Rhineland-Pfalz region and is the homeland of many of the Germans who emigrated to America.

According to the passenger list of the ship “Sophia”, Michael lived in the German city of Pusselsheim before his emigration at the age of 22 and 9 months. The passenger list has a date of 6 MAY 1847 which is written in different handwriting and is likely the day the ship arrived in Baltimore. Michael’s listed age of 22 & 9 months actually fits an August birthday, so the birth record mentioned above may not be his. On the next line of the passenger list is Michael’s future wife, Barbara Spiegel. She is age 20 and also last resided in Pusselsheim. [2] The marriage of Michael Wagner and Barbara Spiegel on 20 February 1848 is recorded in the parish register of the German Catholic church called St. James the Less. The register only gives the names, ages and home towns of the couple. [3]

The first evidence of the family in Baltimore can be found in the 1850 US Census. Michael Wagner is the head-of-household living in Baltimore’s 2nd Ward. Barbara and Michael were both born in Germany and their two children, Margaret and Martin, were both born in Maryland. There are four men named Michael Wagner listed in the Baltimore City Directory for 1855. He is likely one of the two laborers listed living in the Fells Point region of Baltimore as that is the 2nd Ward. [4].

Somehow, Michael Wagner managed to save enough money from his work as a laborer to lease a house in Fells Point. The land record is dated 7 MAY 1868 and indicates that Michael paid $600 for a house on the southwest side of Aliceanna Street 111 feet from the intersection of Burke and Aliceanna Streets. The Wagner family home was 13' x 26' with a twenty foot fenced yard in the back (see the picture of this area on the Sachse Birdseye View of Baltimore. The Wagner home is located in the triangular area). An extensive railroad track located just a block south of the home provided raw materials for the large Abbott iron factory and the mill located on the harbor. Any of these large industries in his neighborhood were likely places for Michael to earn a living. The ground rent system in Baltimore made it possible for people to buy a home at a much lower price. Buyers basically owned the house, but not the ground it was built upon. Michael's lease required the payment of an additional ground rent of $26 a year. The next entry in the land record is the mortgage given by Michael Wagner to the Granite Bldg. Assoc. Michael received $480 as an advance on his four shares of stock in the Association. The mortgage states that he was required to pay on the Tuesday of every week the sum of $1.72. Michael’s signature in the land record book makes it look like he spelled his first name Mukowl, but the Wagner is very easy to read and as commonly spelled. [5]

Michael passed away a little more than a year after this house purchase on 14 JUL 1869. Only his wife, Barbara, appears in the 1870 US Census as the head of household and owning real estate valued at $600. Barbara was left alone to raise their seven children between the ages of 21 and 8. The two oldest boys, Martin & John were at least of an age to earn a living and contribute to household expenses. According to the 1850 & 1870 US Census Michael and Barbara Wagner were the parents of eight children:

Michael was buried in the cemetery adjacent to St. Alphonsus Catholic Church at Park Ave. & Saratoga Sts. in Baltimore. This church was founded in 1845 to meet the needs of the German Catholic population in Baltimore. Around 1919 his body was removed to the Most Holy Redeemer Cemetery where he is buried next to his wife and his youngest daughter, Barbara who passed away in 1886. [6] 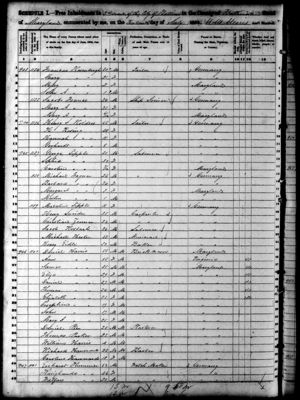 Baltimore Passenger Lists for the ship 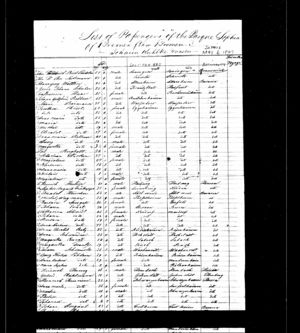 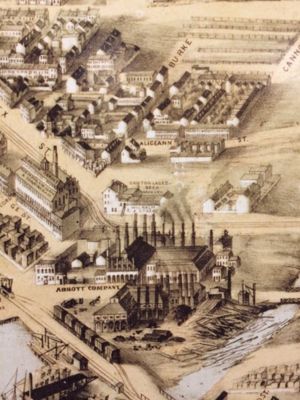