Elizabeth Virginia Wallace, daughter of David Willock Wallace and Madge Gates Wallace, was born 13 February 1885, at 117 West Ruby Street in Independence, Missouri. Bess, as she was called, would become the First Lady of the United States.[1]

She grew up in Independence, where she met Harry S. Truman in Sunday School. They graduated as part of the same class in 1901. She studied language and literature at Barstow, a girl's finishing school in Kansas City, Missouri.[1]

Although Harry S. Truman began his courtship of Bess in 1910, it wasn't until 1917 as he was preparing to leave for France, that Bess agreed to marry him. They were married shortly after Harry's discharge on 28 June 1919, in Independence at Trinity Episcopal Church. Their only child Mary Margaret Truman, was born on 17 February 1924.[1]

Mrs. Elizabeth Truman died at home on 18 October 1982 at the age of ninety-seven. Her funeral services were held at the same church where she had been married. She is buried beside her husband in the courtyard of the Harry S. Truman Library in Independence.[1] 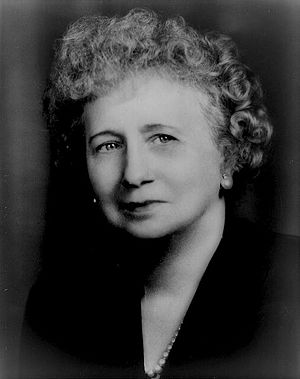 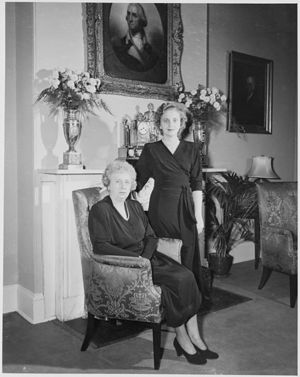 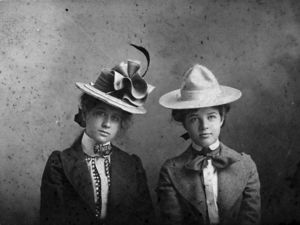 Please add Elizabeth to the category First Ladies of the United States.

Maggie N.
Please add me to the trusted list for the US Presidents Project ! We would like to add a little biography for Elizabeth here !

Maggie N.
Please add me to the trusted list for the US Presidents Project ! We would like to add a little biography for Elizabeth here !

Categories: Spouses of US Presidents | First Ladies of the United States