Raoul was born August 4, 1912 in Lidingö, Sweden. His parents, who had married in 1911, were Raoul Oscar Wallenberg (see Notes) and Maria "Maj" Sofia Wising (see Notes). His stepfather was Fredrik von Dardel, who married Raoul's widowed mother in 1918.[1]

The circumstances and date of Raoul's death vary greatly by numerous statements. The only certainty is that he was arrested by the Soviets January 17, 1945 in Budapest, Hungary on charges of having spied for the United States and was apparently held in Lubyanka for the rest of his life.[1]

Raoul's father, Raoul Oscar Wallenberg, a Swedish naval officer, was born in 1888 and died of cancer in 1912, three months before Raoul's birth. His father was Gustaf Wallenberg, a diplomat and envoy to Tokyo, Istanbul and Sofia.[1]

Raoul's mother, Maria "Maj" Sofia Wising, was born in 1891 and died in 1979. Her parents were professor Per Johan Wising, who died of pneumonia three months after Raoul's birth, and Sophie Wising. After Raoul's mother married Fredrik von Dardel in 1918, they had two children. Raoul's half-siblings were Guy von Dardel and Nina (von Dardel) Lagergren.[1]

Is Raoul your ancestor? Please don't go away!

ask our community of genealogists a question.
Sponsored Search by Ancestry.com
DNA
No known carriers of Raoul's ancestors' DNA have taken a DNA test. 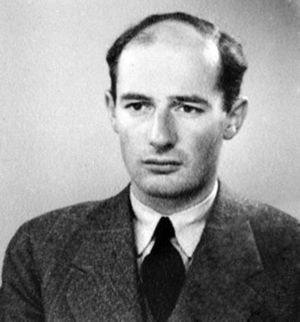 Raoul is 28 degrees from Cecil B. DeMille, 29 degrees from Rosalie Neve and 23 degrees from Henry VIII of England on our single family tree. Login to find your connection.