Hilda and both her parents were born in Nova Scotia. She came from a town called Camperdown. She later moved to Cambridge, Massachusetts, with her parents.

According to Peg Nelson, Hilda's name at birth was "Hildred" but she changed it.

The 1901 Census of Canada has Hilda living in Bridgewater, Lunenberg, Nova Scotia with Leonard Womboldt (spelled Wambolt) and his wife Olivia as well as their sons Isaac and Bennett. Hilda is listed as Leonard's adopted daughter. [1]

According to Peg (Oldford) Nelson:

"Hilda lived with Olivia when she was small and thought she was her mother until one day she heard the old man Leonard tell Olivia that Maggie (Nana Beaton) should come and get her own brat. Leonard was old and feeble and probably rather jealous of the attention given Hilda. Hilda adored her grandmother (who also adored her). Hilda (our mother) said that Ruben Boliva was a very kind, dear man."

She came to the US in 1906 as a minor with a sponsor, her aunt Adelia. Apparently Adelia and her family had a boarding house.[2] This is where she met Stewart.

At the time of the 1920 census, the family (with just Jimmy and Elsie) were living at 6 Stanford Terrace in Somerville, Mass.

Hilda was a charter member of V.F.W. in Billerica and was honored by them as a Gold Star mother.

She lived at 23 Church Lane in Burlington, Massachusetts.

Is Hilda your relative? Please don't go away!

ask our community of genealogists a question.
Sponsored Search by Ancestry.com
DNA Connections
It may be possible to confirm family relationships with Hilda by comparing test results with other carriers of her mitochondrial DNA. Mitochondrial DNA test-takers in the direct maternal line: It is likely that these autosomal DNA test-takers will share some percentage of DNA with Hilda: 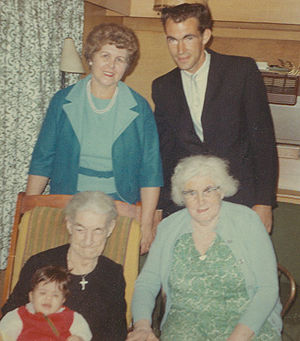 In front of Hilda's home 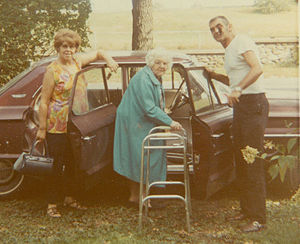 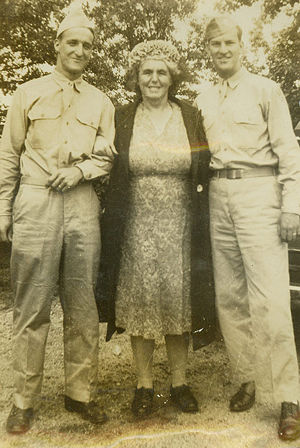 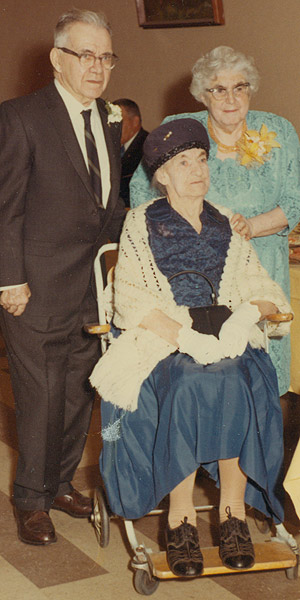 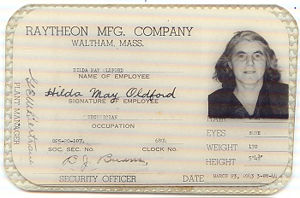 Doug Lockwood
Charlie McPhee with whom Hilda was living in 1910 is the husband of Adelia Wambolt, daughter of Leonard Wambolt & Olivia Dorey (listed as Hilda's parents on her wedding register & listed as her adoptive parents on the 1901 Canada Census).
posted Jun 01, 2015 by Doug Lockwood

Doug Lockwood
This record shows the same parents listed on her actual marriage register that I posted on Stewart Oldfield father's profile (only open profile):

Philip Smith
You can add the category