Lida (Ward) Griffin was a Hoosier.

The first record of Lida (Ward) Griffin is when she appeared in the 1860 census, at the age of 4, living in the household of John & Matilda Jackson. Her parents are unknown. One theory is that she was given the surname of Ward because she was a ward of the court.

On Lida's death certificate, her daughter, Belle Brown, was the informant. Belle gave her father's parents as Lida's parents. This may have been because Belle had always been told that Lida didn't know her parents' names.

Is Lida your ancestor? Please don't go away!

ask our community of genealogists a question.
Sponsored Search by Ancestry.com
DNA Connections
It may be possible to confirm family relationships with Lida by comparing test results with other carriers of her mitochondrial DNA. However, there are no known mtDNA test-takers in her direct maternal line. It is likely that these autosomal DNA test-takers will share some percentage of DNA with Lida: 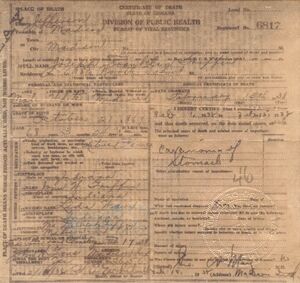 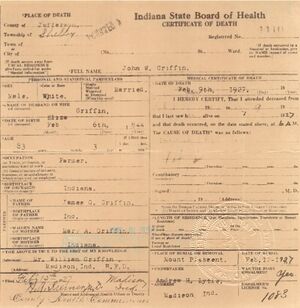 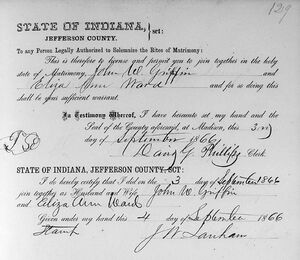 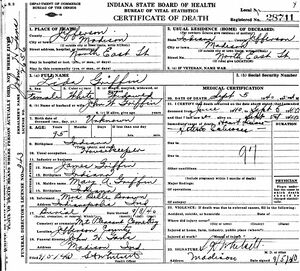