Abraham Washburn is a DAR Patriot Ancestor, A121776.

Norwich, now Huntington, and Pelham are not far from each other in Hampshire Co., MA.

He was probably the “Abram” Washburn living in Pelham, Hampshire Co., MA, in the 1800 federal census,[8] and he died testate on 29 June 1803 in Pelham, MA.[9] His will was dated 25 June 1803, and probated on 26 July 1803 in Hampshire Co., MA, witnessed by Abia Southworth, John May, and James Thurston. He mentioned his wife Mary, whom he appointed as a co-executrix, with Abia Southworth, eldest son Eliab Washburn, son James Washburn, eldest daughter Molly Whittemore, and daughter Sarah Gates.[10] (See Appendix [A] for a full transcription of his will.) The inventory of his estate was appraised by Jonathan Packard, Samuel Joslin, and Seth Edson Junr. on 17 Aug. 1803, and totaled $228.33, including some livestock, but no real estate. Abia Southworth, the executor, gave his oath to the inventory on 8 Nov. 1803, and the executor’s accounting shows a payment made to Doct. Abia Southworth.[11]

1941 iii Luke Washburn, born say ca. 1772, marriage not found. He evidently died, however, before the 1803 will of his father, presumably unmarried.

ask our community of genealogists a question.
Sponsored Search by Ancestry.com
DNA Connections
It may be possible to confirm family relationships with Abraham by comparing test results with other carriers of his Y-chromosome or his mother's mitochondrial DNA. Y-chromosome DNA test-takers in his direct paternal line on WikiTree: 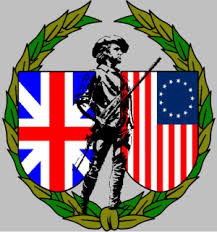