President George Washington was a Founding Father in the American Revolution.

George Washington was born February 22 1732 at his parents' Pope's Creek Estate near present-day Colonial Beach in Westmoreland County, Virginia. He was the eldest son of Augustine Washington and his second wife, Mary Ball Washington.

George was 11 when his father died, so he went to live at Mount Vernon. The Potomac River plantation belonged to his half-brother Lawrence who left it to Washington after he died from tuberculosis in 1752.

Although he later served as 14th Chancellor of William and Mary, George was home-schooled by his father and older brother. He was also a self-taught woodsman, surveyor, and cartographer. His early work experience as a surveyor proved invaluable since he learned the terrain around Virginia.

Commander in Chief George Washington served with Continental Army during the American Revolution.

Washington met Martha Dandridge through her friends, while on leave during the French and Indian War. At the time, she was a widow living at the White House Plantation on the south shore of the Pamunkey River in New Kent County, Virginia.[1]

George visited her there twice before proposing to her three weeks after they met. Both were 27 years old when they married on 06 January 1759. The wedding was at the plantation, whose name was later shared with the future DC mansion.[1]

The newlyweds moved to Mount Vernon where Washington farmed, manufactured whiskey, and served in politics. They had a good marriage and together raised her two children by her first husband, Daniel Parke Custis. The children, John Parke Custis and Martha Parke Custis, were nicknamed "Jackie" and "Patsy."[1]

A bout with smallpox followed by tuberculosis may have left Washington unable to father children. He and Martha never had children, but they raised two of Martha's grandchildren: Eleanor Parke Custis ("Nelly") and George Washington Parke Custis ("Washy"), after their father died in 1781.[1]

See space pages Mount Vernon and Slaves of George Washington for further details. Washington had 124 slaves.[2] They were freed when Martha died, except one who was freed in Washington's lifetime. "Of the eight presidents who owned slaves while in office, Washington is the only one who set all of them free."[3]

Bryant (2004), asserted that George Washington fathered a child with Venus, named West Ford (b. c.1785).[4] Venus was an enslaved woman who belonged to Washington's brother, John Augustine Ford. Morgan (2005), disputes the allegation and calls it doubtful.[5]

Washington's marriage to a wealthy widow greatly increased his property holdings and social standing, and after his marriage, George Washington was the wealthiest man in Virginia, if not the colonies. He acquired one-third of the 18,000 acre (73 km²) Custis estate upon marriage and managed the remainder on behalf of Martha's children.

Archaeologists and an excavation team led by Philip Levy, associate professor of history at the University of South Florida, and David Muraca, director of archaeology for the George Washington Foundation, owner of the National Historic Landmark site Ferry Farm, announced on July 2, 2008, the discovery of remains of George's boyhood home just across the Rappahannock River from Fredericksburg, Virginia, 50 miles (80 km) south of Washington.

Built in the 1740s 113-acre (0.46 km²) Ferry Farm, the county-level gentry house was a one and a half story residence perched on a bluff. George was six when the family moved to the farm in 1738. He inherited the farm and lived in the house until his early 20s, though he also stayed with his half-brother Lawrence at Mount Vernon. Washington's mother lived in the house until 1772, when she moved to Fredericksburg, and the farm was sold in 1777.

Washington was a member of the Anglican and Episcopal church.[7]

Washington has been consistently ranked by scholars as one of the greatest US presidents.

The United States also has a state of Washington and of course, the seat of our government, Washington, District of Colombia.

In 1788, the Confederation Congress scheduled the first presidential inauguration for the first Wednesday in March of the following year. However, the early months of 1789 proved to be unseasonably cold and snowy and bad weather delayed many members of the First Federal Congress from arriving promptly in New York City, the temporary seat of government. Until a quorum could be established in both the House and the Senate, no official business could be conducted. Finally, on April 6, 1789 - over a month late - enough members had reached New York to tally the electoral ballots. The ballots were counted on April 6 and George Washington won unanimously with 69 electoral votes. Washington was then notified of his victory and traveled to New York City from his home in Virginia.

On April 30, 1789, George Washington took the oath as the first president of the United States. The oath was administered by Robert R. Livingston, the Chancellor of New York, on a second floor balcony of Federal Hall, above a crowd assembled in the streets to witness this historic event. President Washington and the members of Congress then retired to the Senate Chamber, where Washington delivered the first inaugural address to a joint session of Congress. Washington humbly noted the power of the nations' call for him to serve as president and the shared responsibility of the president and Congress to preserve "the sacred fire of liberty" and a republican form of government.

At that auspicious moment marking the birth of the federal government under the Constitution, Senator William Maclay of Pennsylvania observed that even the great Washington trembled when he faced the assembled representatives and senators. "This great man was agitated and embarrassed," Maclay added, "more than ever he was by the levelled Cannon or pointed Musket." After concluding his remarks, the President and Congress proceeded through crowds lined up on Broadway to St. Paul's Church, where a service was conducted. Social gatherings and festivities closed the nation's first inaugural day.[34] 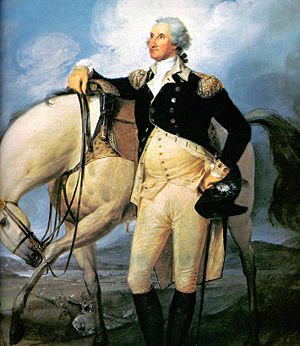 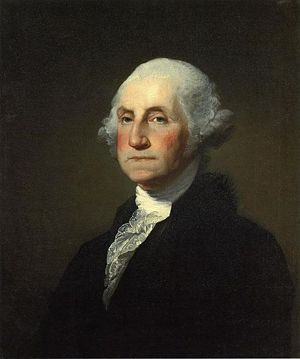 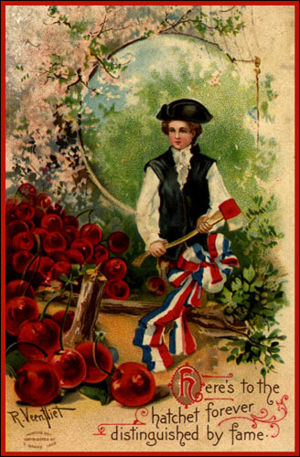 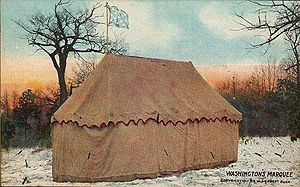 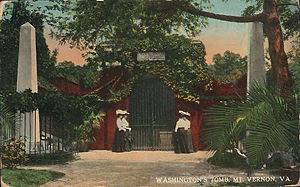 Travis Fields
I highly recommend "Washington: A Life" by Ron Chernow -- which is just a terrific book about him.

I read it last year because he's one of my favorite Presidents, so I shouldn't have been surprised to recently discover he's the one who I'm most closely related to: 15 generations apart per Wikitree.

Btw, the effete novelist Gore Vidal loved to smear President Washington with lies about how poorly educated he was and how he supposedly only read a few books, but in fact Washington would have attended the same prestigious Appleby Grammar School in England just like his father and oldest brother were, had his father only lived long enough to send him there (Appleby is an elite private school that still exists today btw). Therefore Washington had to quit school and go to work and live by his wits at a younger age than he would have otherwise...which probably contributed to his joining the Army. While Washington wasn't an intellectual genius like Thomas Jefferson and many of the books he read were befitting a farmer and a General, he did read a lot and amassed an enormous library.

little bit more than a county.

Abby (Brown) Glann
Hi there profile managers! We are featuring George alongside Alexander Hamilton in the Connection finder on September 30th. Between now and then is a good time to take a look at the sources and biography to see if there are updates and improvements that need made, especially those that will bring it up to WikiTree Style Guide standards.

Bonnie Follett
Here's a link to an article in The Smithonian about George Washington's interest in genealogy: "This Long-Ignored Document, Written by George Washington, Lays Bare the Legal Power of Genealogy", at:

Lisa (Kelsey) Murphy
He met the Fairfaxes and they changed his life. They taught him how to eat at fancy paries with fine silve and beautiful china and helped him get work.

He was the head of a group of spies named the Culper Spy Ring. They used numbers instead of names. His number was 711.

After the war, it was asked what he was going to do. He said he was going back to his farm and that is what he did. He left his farm again to be president but then went back when he was no longer president.

Lisa (Kelsey) Murphy
He was the 4th of 9 children born to his parents. They lived in a place called Mount Vernon when he was very young. He had a river really close and lots of forest to explore in his backyard. He did not really chop down a cherry tree, that was just a story.

He loved to read and dance and his best subject in school was math. His spelling was not so great.

His biggest idol was his brother Lawrence who was 14 years older than him. He loved hearing stories from Lawrence and followed him into the military

He was 11 when his dad died and his brothers had to teach him at home as they were too poor to pay for school. This meant he could not go to high school or college. At 15 he had to get a job so he became a surveyor.

Jo Gill
George's profile should mention that he was General of the Armies - rank on held twice: Washington and John J Pershing.

Lisa (Kelsey) Murphy
He was born into a long line of males and females who died really young. Most did not make it to see 50. His own father died when George was only 11. Augustine left 10,000 acres to George, his 6 siblings and their mother, along wiith the parceled land they had 49 slaves. Because of being so young when his father died, George's brother Lawrence and the Fairfax Family were responsible for his young developement and Lawrence guided his professional life. He had a fight with his mother and while she lived until after he became president, she did not show any acknowledgement to his carrer or even gave him any praise for his accomplishments.

Abby (Brown) Glann
GW is set to be in our connection finder as the example profile of the week. Do you profile managers want to look over his bio and make sure everything is up to snuff (be aware of any copy and paste and lack of citations) by Monday? I'll do a once over sometime Monday.

Troy Smith
Not too be knit picky but.. he should have General for his prefix.
posted Feb 08, 2018 by Troy Smith