Booker T. was a Freemason.

Booker Taliaferro Washington was born into slavery on 5 April 1856 on the Burroughs tobacco farm in Virginia. It was a small farm, but he always referred to as a plantation.

Washington couldn't attend school in Franklin County. As a black boy it was illegal for him to get an education. When he walked to school, it was to carry books for one of James Burroughs's daughters.

When Washington was nine years old, the plantation owner was sent a letter stating that all of the slaves were to be set free because the Civil War had ended. Washington moved to Malden, West Virginia, with his stepfather, mother, and his two siblings.

Young Booker T. Washington took a job in a salt mine that began at 4 a.m. so he could attend school later in the day. Within just a few short years, he was taken in as a houseboy by a wealthy townswoman who wanted him to be educated.

At the age of 16, he walked much of the 500 miles back to Virginia to enroll in a new school for black students. He knew that even poor students could get an education at Hampton Institute, paying their way by working.

The head teacher at Hampton was suspicious of his country ways and ragged clothes. She didn't think he was suited for an education. She would admit him only after he had cleaned a room to her satisfaction.

Washington worked his way through school and within a few years attend Wayland Seminary to prepare to become an instructor.

Samuel Armstrong, principal of the successful Hampton Agricultural Institute, was asked to recommend a white teacher to take charge of this school. However, he suggested that it would be a better idea to employ Washington instead.

The Tuskegee Negro Normal Institute was opened on the 4th of July, 1888. The school was originally just a raggedy old building owned by the local church. The school only received funding of a mere $2,000 a year, which was hardly enough to pay the employees. Eventually Washington was able to get a loan from the treasurer of the Hampton Agricultural Institute to purchase an abandoned plantation on the outskirts of Tuskegee.

The school taught academic subjects but focused on a practical education. This included farming, carpentry, brickmaking, shoemaking, printing and cabinetmaking. This gave students the opportunity to become involved in the building of a new school. Students worked long hours, waking up at five in the morning and finishing at nine-thirty at night showing ambition and willingness to get the job done by all means necessary.

Soon the school owned 540 acres of land and had over 400 students. Washington was able to attract good teachers to his school such as Olivia Davidson, who was appointed assistant principal, and Adella Logan. Washington's conservative leadership of the school made it acceptable and presentable to the white-controlled Macon County. He did not believe that blacks should campaign for the vote, and claimed that blacks needed to prove their loyalty to the United States by working hard without complaint before being granted their political rights.

In September 1895, Washington became a national icon when he delivered his speech at the opening of the Cotton States and International Exposition in Atlanta, which was widely reported by the country's newspapers. Washington's conservative views made him popular with white politicians who were keen that he should become the new leader of the African American population. To help him with this, President William McKinley visited the Tuskegee Institute and praised Washington's achievements.

In 1900 Washington helped establish the National Negro Business League. Washington, who served as president, ensured that the organization focused on commercial issues and paid no attention to questions of African American civil rights. To Washington, the opportunity to earn a living and gaining property was more important than the right to vote. Like those who helped fund the Tuskegee Institute, Washington was highly critical of the emerging trade union movement in the United States.

In 1901, President Theodore Roosevelt invited Washington to visit him in the White House. To southern whites this was going too far. One editor wrote: "With our long-matured views on the subject of social intercourse between blacks and whites, the least we can say now is that we deplore the President's taste, and we distrust his wisdom."

Washington contributed frequently to The Colored American. Given his support for the paper, it is quite likely that he knew Mary Church Terrell.

Fourteen years later when he was 59, Booker Taliaferro Washington became ill and entered St. Luke's Hospital, New York City, on November 5th, 1915. He was suffering from arteriosclerosis and was warned that he did not have long to live. He decided to travel to Tuskegee where he died on November 14th. Over 8,000 people attended his funeral held in the Tuskegee Institute Chapel. 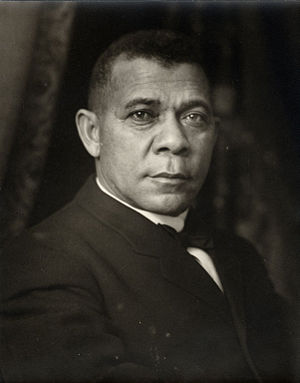 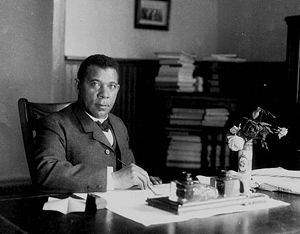 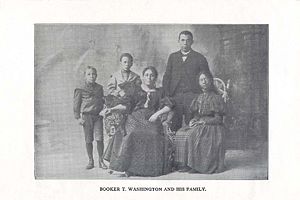 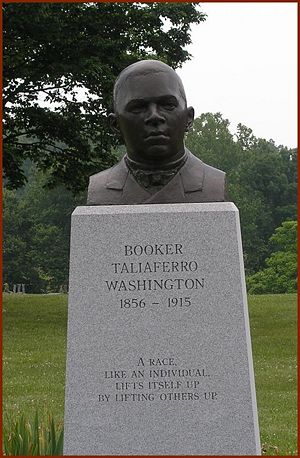 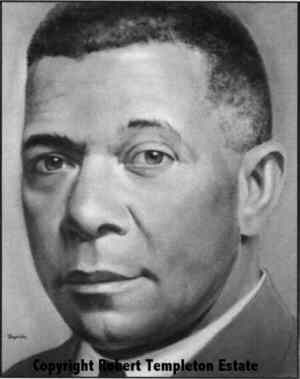