Portia Washington is a part of US Black heritage.

Portia Washington was born on June 6, 1883[1] in Tuskegee, Alabama.[2] She was the daughter of Booker T. and Fanny Washington. Her mother died when she was a young child and her early education was away from home, mostly in New England, including at Framingham Normal School. Her secondary education included attendance at Tuskegee Institute, Wellesley College and Bradford Academy where she graduated in 1905, the first African American to do so.[2] She also studied piano under Franz Liszt.[1]

In 1908 she married William Sidney Pittman (1875–1958), with whom she had three children. The couple moved to Washington, D.C. where William established an architectural practice. After falling on financially hard times Portia began teaching piano. In 1913 the family moved to Dallas, Texas, where William served as president of the Brotherhood of Negro Building Mechanics of Texas and Portia Taught music at Booker T. Washington High School.[3] At that time Portia was also chairman of the education department of the Texas Association of Negro Musicians.[2]

In 1928 Portia left William, taking her daughter Fanny, and returned to Tuskegee where she supported herself by teaching piano, music, and choir at Tuskegee Institute. She left the faculty of Tuskegee in 1939 because she lacked the required credentials to continue there. She returned to teaching piano privately, retiring in 1944.[2]

Portia spent her later years preserving the memory of her late father and helped advocate for the preservation and monument status of her father's home.[2] Tuskegee Institute established a fellowship named in her honor.[1]

The 1900 U.S. Census (enumerated in June 1900) recorded 16-year-old Portia M. Washington in Tuskegee, Alabama, in the household of her father, Booker T. Washington and her father's wife Margaret J. Washington. According to her census entry, Portia was born in Alabama in June 1883 to parents who were born in Virginia, and was attending school.[3]

Portia Pittman died at age 94 on February 26, 1978 in Washington, D.C. Interment was at Tuskegee Institute in Tuskegee, Alabama.[1]

Is Portia your ancestor? Please don't go away!

ask our community of genealogists a question.
Sponsored Search by Ancestry.com
DNA
No known carriers of Portia's DNA have taken a DNA test. 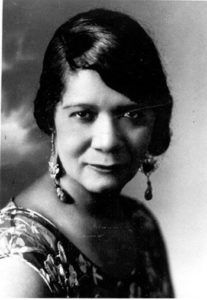