Boulton & Watt and the Industrial Revolution

In 1774, Watt started a business in Birmingham with investor Matthew Boulton to manufacture his improved steam engine.

The Boulton & Watt Company produced steam engines that could be used anywhere, and demand for them was high. Watt and Boulton became leading figures in the Industrial Revolution.

Watt continued to make improvements to steam engines, and patented other important inventions, such as the rotary engine and a steam locomotive.

Watt's father, James Watt (1699–1782), was a shipwright, ship owner and contractor, and served as the town's chief baillie, while his mother, Agnes Muirhead, came from a distinguished family and was well educated. Both were Presbyterians and strong Covenanters. Watt's grandfather, Thomas Watt, was a mathematics teacher and baillie to the Baron of Cartsburn.[2]

Watt's first wife, Margaret, died in childbirth in 1773, leaving him with two young children. He married Ann in 1776 and had a son and a daughter, who died of consumption before their father's death. 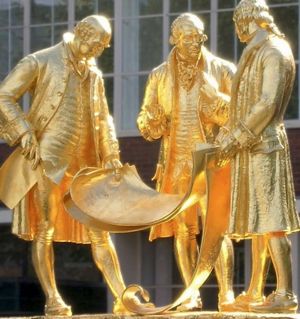 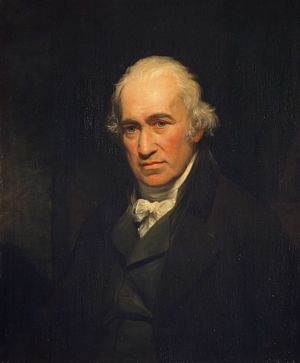 Marty Ormond
I've had fun managing this profile of an individual that I visualized, as an amazing scientific/engineering hero.

I started low key and as an early stage genealogist. To my pleasure and amazement in the last 12 months I have discovered a new line of my grandmothers ancestry that had close interactions with Watt, Boulton, and a number of people in their Lunar Society circle. I have made my first pilgrimage to Birmingham, in the last 4 months and visited the church burial location of Watt.

Further I have discovered in last 6 months, my ancestry from families in Greenock area parishes, very close to the time of The Watt family in 18th Century. they immigrated here to US ca 1840, Whew the genealogy trail overlapping in all these spots adds to my historic admiration, we are all commoners

Marty Ormond
This is a work in progress for a significant contributor in the industrial Revolution.
posted Aug 26, 2015 by Marty Ormond