Matthew Webb was born in the mining village of Dawley on 19th January 1848, [1] one of eight children, and was christened on 9 March 1848 there. [2] He was the second son of Matthew Webb, a doctor who married Sarah Garbitt. Matthew had thirteen brothers and sisters. When Matthew was 14 months old, the family moved to nearby Madeley; then in 1856 they moved to Ironbridge in Coalbrookdale, living in Eastfield House. Coalbrookedale is in fact near the River Severn, and this is where Matthew's love for swimming began.

Matthew taught himself to swim in the strong currents of the River Severn at Coalbrookdale and he saved his brother Henry from drowning, Webb was a very strong swimmer and he had had a reputation for being fearless.

From an early age he had always wanted to go to sea, which apparently was a common ambition for many young boys; at the age of 12 he left home to train on a merchant ship, where he learnt the trade for two years on the training ship the Conway which was owned by Rathbone Brothers of Liverpool. He stayed with the same company for a further three years as an apprentice aboard their cargo ships, where he became Second Mate. Between 1866 and 1875 he served on seven ships, the last one being the "Emerald", where he was appointed Captain.

When he was serving on the Russia he attempted to save a sailor who had gone overboard. Because of this, he was awarded the Stanhope Medal by the Royal Humane Society for bravery and a reward of £100 - the first time this had been presented. Webb had a deserved reputation for recklessness and had problems convincing sailors to remain working for him.

He then decided to take up professional long distance swimming, taking huge risks to enhance his fame. He decided to attempt to swim the English Channel and, as part of his training for the swim, he swam twenty miles in the River Thames, Blackwall to Gravesend. His first attempt on the Channel was abandoned due to severe weather conditions.

He tried again two weeks later on 24th August 1875. He covered himself with porpoise oil to stay warm, and with three boats accompanying him he started the second attempt near the Admiralty Pier in Dover. He was stung by jellyfish eight hours into the swim, but persevered. As he swam into the out-rushing tide towards Cape Gris-Nez which is now used as the start for the Channel Swims after 21 hours and 45 minutes of swimming against the tide he arrived on the beach at Calais at 10:40 exhausted. His achievement was celebrated the world over.

He returned to Shropshire to a hero's welcome - a national hero, who became wealthy from large amounts collected in Shropshire. He competed with other champions, gave lectures, and performed in exhibitions. In 1879, he competed for the Championship of the World (which he won), but accusations of cheating meant that the prize money was withheld.

He married Madeline Kate Chaddock on 27th April 1880 and they had two children, Helen and Matthew. This Matthew was killed at Ypres Salient in 1917, serving with South African forces in World War I.

In 1882, Matthew announced his goal of swimming across Niagara Falls in the USA. He and his family arrived in America in June 1883.

On 24th July 1883 Captain Matthew Webb attempted this last stunt - despite being warned that the swim was suicidal. Sadly, the warnings were correct: he drowned in a whirlpool around ten minutes after entering the river. His body was found four days later. Cause of death, originally 'drowning', was actually that the weight of the water had paralyzed his nerve centres, preventing him from breathing or using his limbs. [3]

Matthew was buried in Oakwood Cemetery (near Niagara Falls). The gravestone is made from dark granite, and simply bears his name and dates of birth and death. [4]

A memorial plaque with his portrait was unveiled in the parish church at Coalbrookdale. Webb House of the Adams' Grammar School in Newport, Shropshire, is named after Webb.

"In 1909, due to public demand for a memorial to Matthew, in Dawley; a committee was formed and with the help of public subscriptions a drinking fountain was erected at the bottom of Dawley High Street. It was unveiled by his older brother Thomas, on 23rd October 1909. It had taken only seventeen weeks from the first meeting in Dawley Town Hall in June to the unveiling in October. There was also a National Memorial to him in Dover which was unveiled on June 8th 1910. [5]

"Coincidentally the chairman of the memorial committee, Dr Frederick Howard Davis claimed to have been born in the same house as Matthew, and that house had been demolished to make way for four shops. By tracing his family in various censuses and tithe and apportionment records, we have been able to determine the approximate position of the Webb house,and that,we are convinced is behind what is now No's 57 to 63 High Street Dawley." [5]

John Betjeman's poem "A Shropshire Lad" (1940) commemorates the death of Captain Webb, portraying his ghost swimming back along the canal to Dawley 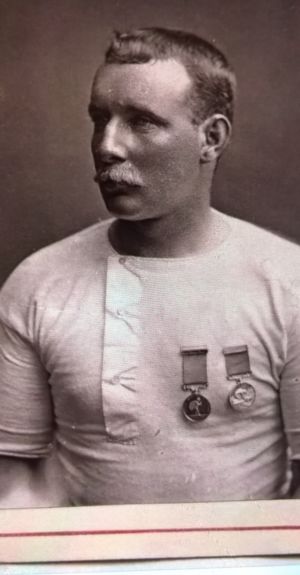 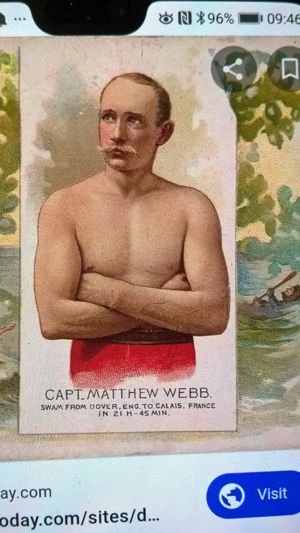 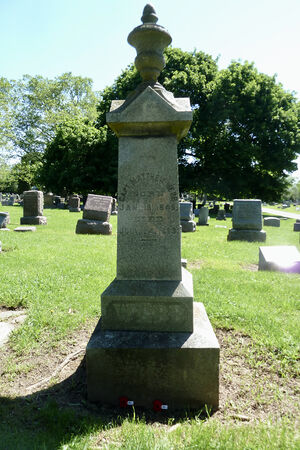 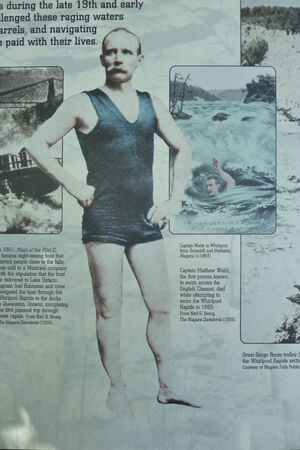